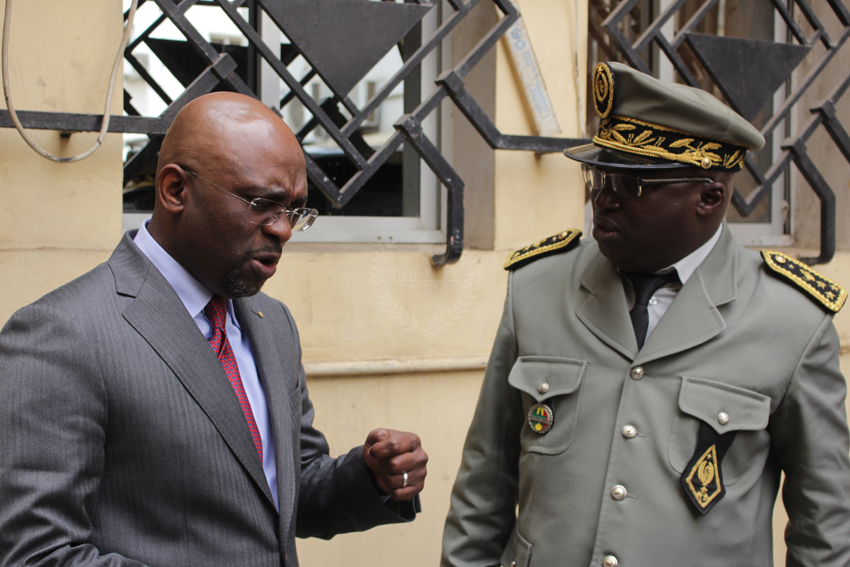 The presentations of The DGD-DGID interconnection platform by Cabinet Modelsis and the DGID-DGD Mixed Brigade had been on the agenda.

After his welcome speech, the head of taxes administration insisted on the need for two entities working together for the achievement of common objectives.

In the same vein, the Customs’ General Director called for the establishment of a common front and a joining forces for the achievement of exciting assigned missions.

The Modelsis staff then presented via a 3 D video the interconnection platform known as TANDEM. This IT tool aims at facilitating tax and customs control and contributes efficiently in fighting against fraud.

Through Customs database on importations and the Taxes Authority financial and accounting information, customs Administration, thanks to this digital instrument, will be able to better collaborate in order to detect more and more niches of fraud in favor of the Treasury Authority.

The TANDEM project is expected to expand its scope and to integrate the General Directorates for Budget, Public Accounting and Treasury under the management of the Secretary General of the Ministry of Economy, Finance and Planning.

As for the agenda’s second item, after the presentation of the joint unit control operation namely the Joint Brigade, the two General Directors, instructed the Tax and Customs Coordinators to suggest a workplan to boost its performance. They will think on staffing, organization, coordination of activities, training and risk management and analysis. This aims then at optimizing results of the Joint Squad.

At the end of the meeting, the Head of taxes offered gifts to the Customs General Director and its delegation, symbolizing the cordial understanding between these economical breasts of Senegal.