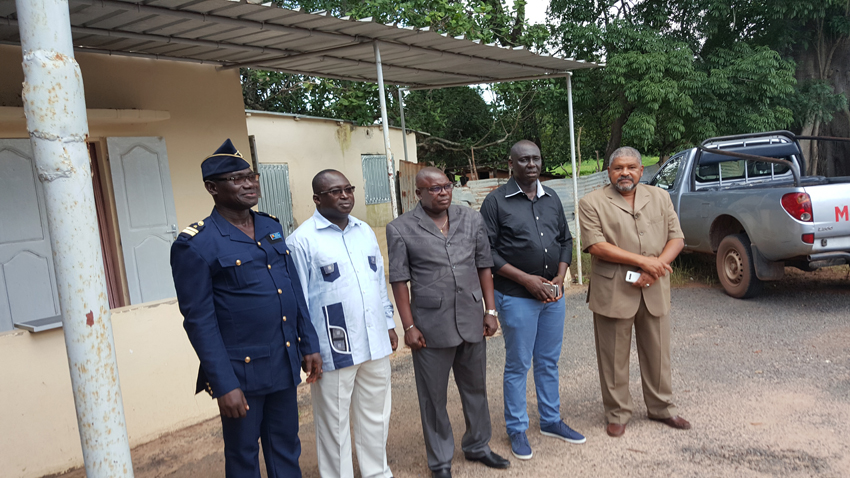 A model of South-south collaboration

Like the bilateral meetings in Mali and The Gambia, Bissau’s meeting was held to consolidate the bilateral relationship between the two administrations. The Meeting opened on September 28th, 2016 – under the chairmanship of the State secretary in charge of Budget and Fiscal Affairs and the Senegal Customs’ Director General.

The Senegalese delegation was led by His Excellency Mr. Bakary SECK, Ambassador of Senegal in Guinea Bissau. Other authorities part of the delegation, were :

Twelve years after their first meeting in Bissau in 2004, time had come for both administrations to finalize the Protocol Agreement and put the first brick to what is going to be a tight cooperation in terms of actions, administrative assistance, data exchange, intelligence and trade facilitation.

Through this cooperation, which is in line with the World’s Customs Organization’s (WCO) recommendations in matters of Coordinated Border Management (CBM), the focus was made on the examination of the Protocol Agreement on mutual administrative assistance within customs matters and following key-points:

-Information system improvement throughout diagnosis of the existing infrastructure and services. The experience of the Senegal Customs should be of great benefit for the Guinea-Bissau Customs;

-reinforcement of HR management based on Senegal’s Customs Legal provisions and Current practices.

Moreover, the meeting was an opportunity to overview trade issues in relation with customs. Besides, the problem of the authenticity of communal certificates had been raised.

On the sidelines of the Meeting’s work, the Director General visited Sao Domingos and Mpack localities on Thursday 29th, 2016. This in order to have a grasp of Customs agents’ working conditions and completion of services.

Finally, the meeting ended on September 30th, whose day had been dedicated to the signature of the Protocol Agreement between the two administrations.