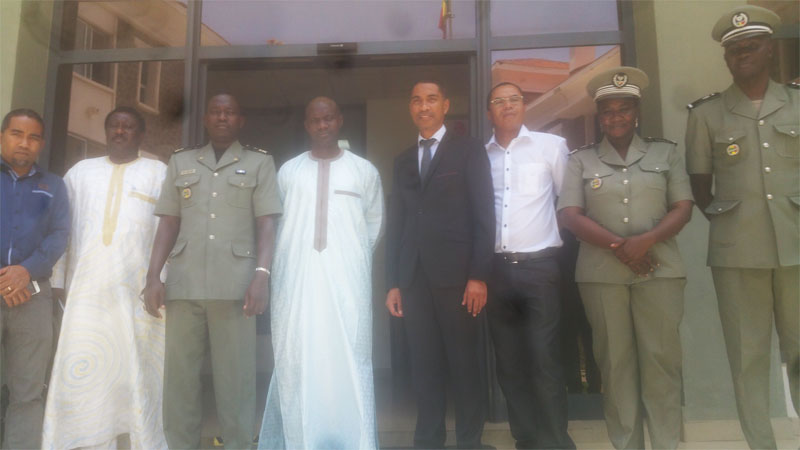 Within the framework of mutual assistance, one of the basic tenet of the World Customs Organisation, Senegal Customs’ administration hosted a mission of the Malagasy customs from July 25th to the 31st, to showcase its tools of risk analysis.

The Malagasy delegation was compound with Mr. Frédéric RAKOTONINDRA – Head of Legal Affairs and the fight against fraud, Mr. Fanomezantsoa RAZAKANDRETSA – Head of Intelligence & Risk analysis services and of Mr. RAMARIJOANA Ony Harimanana – Head of the Computer and statistic unit.

At the opening ceremony, a welcome speech was given to the Malagasy Delegation the Senegal Customs’ Coordinator – Mr. Mokhtar Kettani DOUCOURE, Followed by words from the Malagasy’s Customs Head of Legal Affairs and fight against fraud and the Deputy Director of Senegal Customs’ information System unit, Mr. Abdoulaye BASSE.

Following Customs representatives were part of the ceremony : the Director of Facilitation &  Company Cooperation – Mr. Laffy MANE, the Deputy Director of Customs operations – Mr. Diadjié BA, the Head of the Origin and Value Office – Mr. Demba SECK as well as the Head of the Decision support and analysis Office, Mrs. Awa Siga GUEYE.

Discussions were centered on risk analysis. Matters such as the implementation of a computer system within the Malagase customs’ administration and of a Database to fight against fraud, Data security, intelligence, performance indicators were raised.

During this visit, the Malagase Customs’ delegation expressed his will to sign a protocol agreement with the Senegalese Customs for a mutual assistance in the areas of risk analysis and posterior control.

at the end of the discussions, presents were offered by both delegation to each other in a friendly atmosphere, combining the “senegalese teranga” and the Malagase “voan-dalana”.