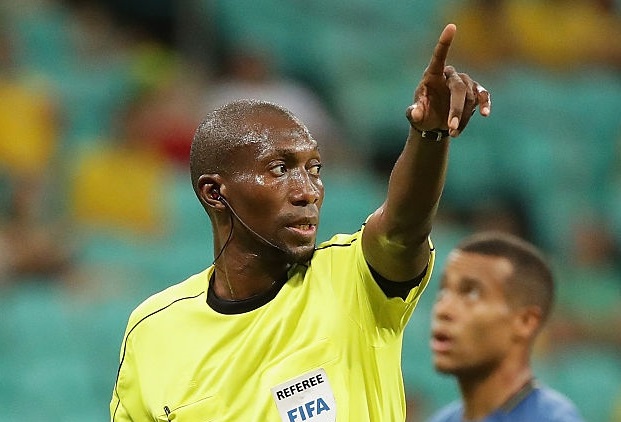 In addition to his national team’ silver medal won at the CAN held in Zambia, the referee Malang Diédhiou will represent Senegal at the U20 World Cup. The best Senegalese referee was selected among the officials for the video refereeing.

Three African and three mainland officials including Malang Diédhiou will participate in the video refereeing of the next U20 World Cup. Malang Diédhiou will take part for the second time in a final World Cup for the youth category. During the 2015 U17 World Cup in Chile, he also officiated. Few months after serving as the fourth referee of the small final, he got back from the 2015 CAN held in Equatorial Guinea.

While refereeing during the CAN 2017’s semi-final that opposed Burkina Faso and Egypt, he was also present at the Rio Olympic Games along with Senegalese assistants’ staff. Moreover, Malang Diédhiou had been designated fourth referee of the final of these Olympic Games won by Brazil before Germany.

During a seminar organized by FIFA for the candidates at the technical center of Italian football in Florence, the Senegalese referee had already validated the first physical tests for 2018 World Cup.

Over the next few months, the Senegalese Customs Colonel’s agenda will be very busy. The FIFA Referees Committee has appointed him as the 14th World Referee, among officials who will ensure the video refereeing, during The Confederations Cup scheduled from 17 June to 2 July 2017 in Russia. Among the eight officials of all confederations like VAR (Video Assistant Referee), he will be the only African.

At the 2017 edition in Russian, the CAF will be represented by Cameroonian and Gambian referees along with assistants from Burundi and Kenya.