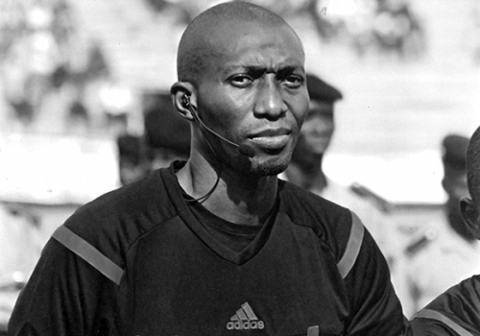 Dakar, April 5 (APS) – On last Tuesday, the Senegalese referee and Customs inspector Lieutenant-Colonel Malang Diedhiou validated his first physical tests for the 2018 World Cup, during a seminar organized by the FIFA to select better candidates.

The meeting began on Monday April 3rd in Florence at the technical center of Italian football where the second phase of tests were occurring.

Last August Diédhiou asserted himself during the Rio Olympic Games with the men championship during the semi-final between Burkina Faso and Egypt (1-1 and 3TAB4),

At the outcome of the seminar referees were selected as candidates to participate to the next world Cup.

During this meeting, the FIFA Arbitration Commission ensured the monitoring of candidates in order to select officials for competition.

According to APS news, in addition to Diedhiou, six other central referees from Africa who participated in the seminar also passed the first test.

One can mention Janny Sikazwe (the Zambian), who refereed the 2017 final CAN, Alioum Nil (the Cameroon), Mehdi Abid Sharif (Algerian), Bernard Camille (the Seychellois), Papa Bakary Camara (the Gambian) and Ghead Grisha (the Egyptian).

Referees sent by other FIFA member confederations also took part in the seminar.