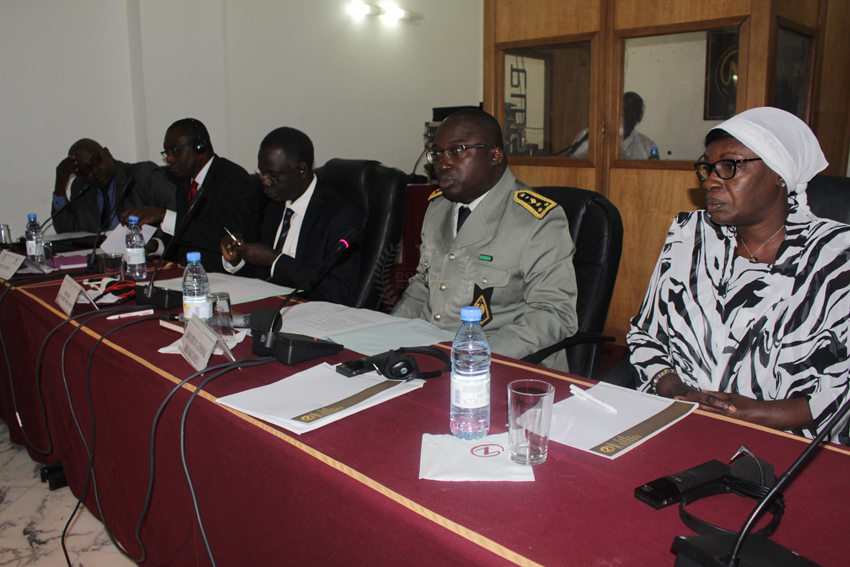 Dakar, Dec. 13 (APS) – The development of risks mapping of corruption inside the customs administration contributes to strengthening the control system, said on Tuesday the director of cabinet of the Ministry of Budget, Mamadou Sarr.

“The development of a risks mapping of corruption will help strengthen the system by effectively steering actions and strategies to combat this phenomenon,” stressed Mamadou Sarr.

He spoke at the opening of a joint workshop of experts from the African Union and the World Customs Organization (WCO) on risks mapping of corruption.

This meeting which brings together more than 27 countries of the African Union intervenes until December 16, takes place, according to Mr. Sarr, “in a particular context marked by the political will expressed to the highest by the government of Senegal to fight against this scourge which Risk in the long term of jeopardizing the efforts of economic and social development “.

In this wake, the representative of the African Union, Ali Moussa stressed that “the customs administrations are more affected by the corruption due to the nature of their work”.

“The cumbersome procedures have stifled competitiveness in Africa. Customs and tax administrations are collecting $ 540 billion a year,” Moussa said.

For Senegal’s Customs General Director, “mapping the risks allows sequencing of all the points on which there may be risks of corruption”.

“This workshop is part of the prevention strategies that Senegal has been deploying for years.” In general, Senegal is doing a good job: there are institutions like the OFNAC that works in prevention, beyond OFNAC there are pillars in the Customs that allow us to control this scourge, “added Ousmane Guèye.

“There is the code of ethics, the dematerialization and the ticket, and on the day we manage to set up the ticket, we will regroup in a single scheme all the customs payments. All those are strategies that will help us in preventing corruption, “he added.

The customs administration is deploying a range of procedures and mechanisms that will ultimately “significantly reduce the risk of corruption in customs clearance procedures ranging from pre-clearance, clearance and clearance removal “Explained the Director General of Customs.