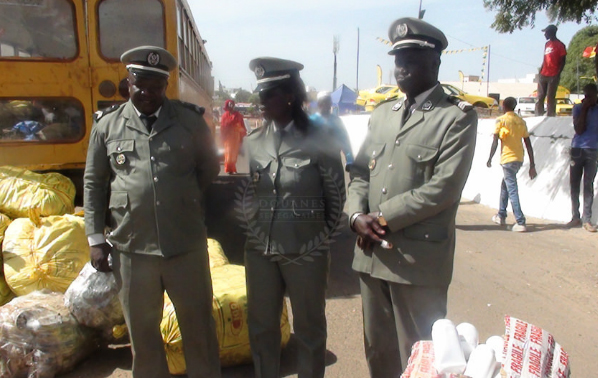 The Senegalese Customs is present at the Dakar International Fair to monitor and avoid any incursion or fraudulent exit of goods indicated the chief inspector and head of the Public relations’ office, Colonel Papa Amadou Gamby Diop.

He was speaking during a scientific meeting on “the service user being central in Customs quality process” organized at the 25th Dakar International Fair (FIDAK). According to him, all goods are taken care of through the customs regime during FIDAK and Customs, in its official mission, accompanies and helps in facilitating trade at this level. In those special offices, “customs duties are not paid at their entrance but at the end of the Fair”.

The 25 agents present at the FIDAK ensure that “these rights concern the goods which have already been sold”.

According to Pape Amadou Gamby Diop, Customs has chosen to talk about the service user being cetral to its quality process so as to better stick to its motto “improving ourselves to serve better”.

The Customs strategic plan drawn up in 2014 had a clear vision, he said, pointing out that “it is a high-performing customs carried by an administration based on quality for the benefit of companies and populations”.

“At the customs level, the quality approach plays an important role in its mission, notably in terms of taxation,” he said.

According to him, it is a question of mobilizing all the energy of the institution for an optimal mobilization of the financial resources to the benefit of the State budget.

The chief inspector recalled that “the economic dimension of customs is to support companies to support their competitiveness in order to compete at both national and international level”.

“In order to facilitate operations, a Business Facilitation Directorate has been created since 2009, which provides business advice and facilitation,” he said.