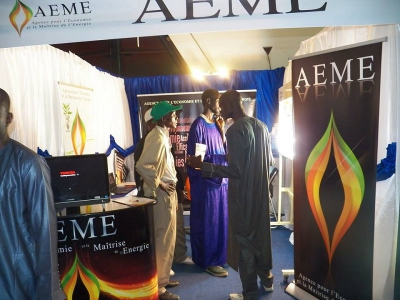 The Agency for Power Saving and Control (Aeme in French) organised yesterday a capacity building workshop for customs agents on lighting regulations. This two day training targets about 60 agents.

Within its power saving policy, Senegal is committed to improve lighting efficientcy through the promotion of energy-saving lights, since 2009. The Agency for Power Saving and Control indicates that lighting represents 25% of energy consumption by households, especially during rush hours, which is a sensitive time for the power network. This programme is part of the declined priority orientations in the developpment policy letter of the Energy sector and the PSE (Plan Senegal Emergent) to improve Senegal’s Power efficiency. To do so, 4.432.222 power-saving lights are to be distributed, consuming 80% to 92% less energy, to replace classical filament lights. Regulations were put in place along with this programme. Namely the January 28th, 2011 Decree forbidding the import of filament lights and promoting the power-saving lights. However, the Aeme regretfully states that since the Decree was put in place, filament lights are stil present in Senegal.

An evaluation has brougt out issues on the customs side. One of them is the lack of container visits which is not automatic. The possibility to make a declaration unde an different tariff position. Also the need for capacity building and documentation of agents is important. These facts have brought the AEME to organize this two-days workshop for 60 agents. The aims are to train them on lighting technologies in order to reinforce control of imported products and lighting equipments.

The Chair of this meeting, Mor Ndiaye Mbaye, Director of cabinet for the Ministry of Energy and green power developpement has regretted the fact that filament lights were imported despite the forbidding  measure. From his point of vue there is more to do in matters of regulation to reinforce the Law. He has judged necessary to reinforce customs agents in matters of lighting technologies. The President of The Security council of the AEME declared that his structure has introduced two regulation projects this year. There is the Decree project restricting the trade of fimalent lights and a decreeproject for the compulsory conformity of power-saving  lights to international standards. For Cheikh Mbacké Lô, once adopted, those projects will enable a stricter control in the the fight against the imports of filament lights but also to make a quality staep in the use of power-saving lights. However, for more results, he says, the customs agents need to have capacity building.