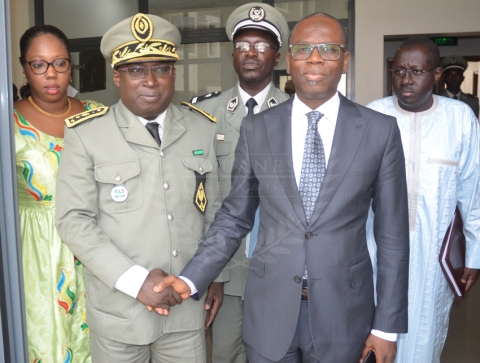 The goal that the government wants to set for the Customs Administration is to reach 1000 billion in terms of revenue in the next two or three years. The current revenue generated by the customs balances between 625 et 650 billions. Surely an important income, but which does’nt fit in the framework of Senegal budget’s goals in coming years. August and September were particularly flourishing months in terms of revenue for the Mole 8 and the Mole 2. For the first time in the history of the Customs, the barrier of 20 billion per office was broken. This income was reach as followed : on the 10th September mole 2 generated 20,305 billion and on November 18th mole 8 generated 20,175 billion. the total amount of these monthly income for both offices was estimated at 40,473billion.

How Customs can reach the goal of 1000 billion of income?

Just as Tax and Domains, the targetted goal requires a better coordination of Customs activitiesand a better computerization of its information system GAINDE as well. With the Orbus platform one can download the electronic manifesto within the network, long before the arrival of the vessel. This is time saving and thoroughly efficient for customs services. The next step is to improve internal services so that anyone can pay the correct taxes due to customs.

In 2012, Customs made an income of 520 billion for the state coffers. In 2013,revenue increased up to 575 billion. This year, the assigned goal is from 625 to 650 billion and with th historical records  reached by the two offices this goal seems to be on hand.

to reach 1000 billion, Customs’ technical staff sets goals step by step. With a prospective of 750 billion in the next two years the goal of 1000 billion can be reached in a five years period. This requires taking good control of customs services and their integration on the economic front. Il faudrait aussi cesser les nombreuses exonérations qui coûtent bien trop chères aux recettes douanières. Several dozens, say hundreds of billion escape the national income. An increased streamlining of such ressources would be a strong garantee.