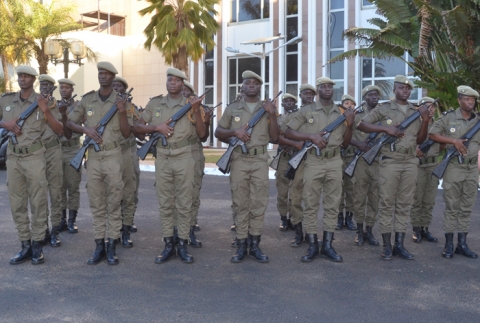 The ordinary and general meeting of the club gathering Inspectors and officers of the customs organized this weekend in Saly, has been an occasion for these actors of the economy, to commit themselves in the implementation of the Plan Sénégal emergent.

Chaired by the director of the officer’ staff of the delegate minister responsible of the Budget, this meeting has been enhanced with the presence of the General Manager of the Senegalese customs other clubs such as (National Service for Taxes, Taxes and Domains service, civil administrators, commissioners of economic inquires). According to the president of the AIDO club, this meeting happens in a historical context of the economic history of the Senegal marked by the implementation of the Pse.

“Our club is firmly determined to keep on working in order to support and contribute with ideas and activities to the modernization and to the effectiveness of the customs’ administration, of course involved in the implementation of the Pse”, said Ibrahima Camara.

He added, « The AIDO club also wants to contribute to the establishment of a large and vast operation in collaboration with inspectors of the public Treasure. “We are absolutely conscious about the role of cooperation between clubs can and must play in the development of our administration,” he emphasizes. In so doing, he reminds how crucial this union is to take up challenges.
He has launched a call to all inspectors for a « definite involvement » in the activities of the club in order to preserve values and principles that govern this association
According to the General Manager of the Customs, Elimane Saliou Gningue, public administrations are facing ongoing changes that cannot leave the AIDO indifferent. The General Manager remarks that this club must keep on vitalizing in order to bring appropriated answers whenever needed to the modernization of our administrations. In the logic, this Club also must contribute to the economic and social challenges.”In order come these achievements, it appears useful to promote, on the one hand excellence and solidarity, and, on the other hand to show everyday responsibility in our actions, he added.

A key role in economy

The director of the cabinet of the delegate minister responsible of the Budget has magnified the role and place of the Senegalese customs in the country. According to Mamadou Sarr, the customs always will be a central administration in our economy and finances. If we consider the public side of the plan of actions that have priority in the Pse the financing is almost 41 %, of the budget.
These resources come partly from two services: the customs and the taxation service. We live in a context of working on the basis of questions such as transparency, ethics, fight against corruption, misappropriation of public funds.

The administration of the customs, the public Treasure, Tax service, economic enquiries, and civic administration are in the first position, more indexed or suspected because of the missions they ensure”, he said. Nevertheless, M. Sarr precises that « This does not mean that they are less virtuous than the others, but simply because they constitute an easier target for criticism, they manage public money in the economic circuits, and it is easy in such a framework that people unweight against them”. Isn’t also a way to warn customs’ inspectors and officers to be careful and remind them “to be vigilant” in order to succeed in ensured their missions.