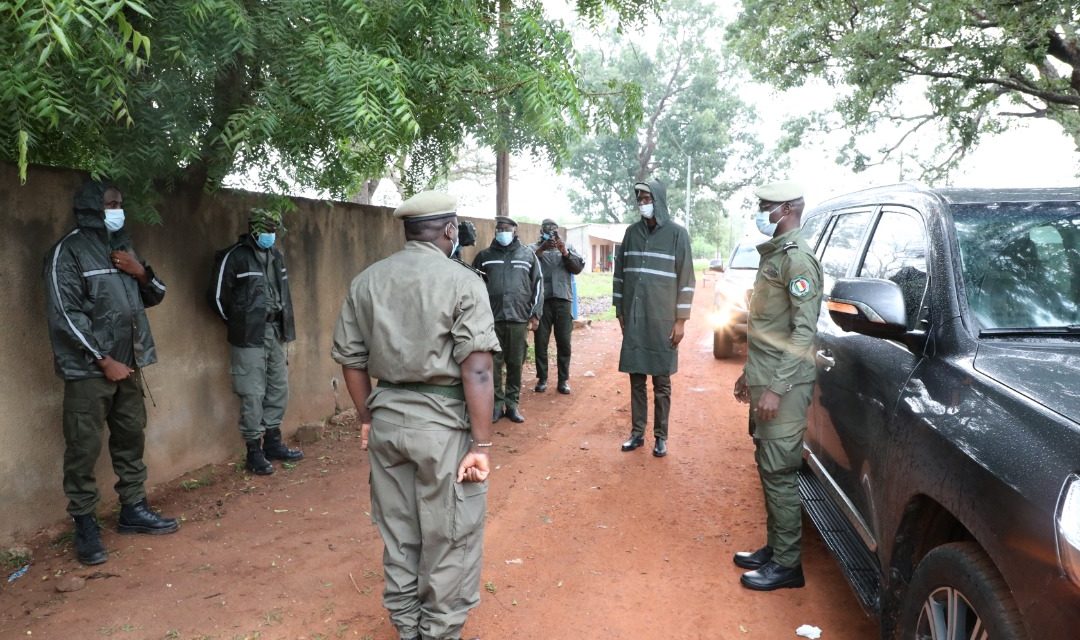 Under a pouring rain the general Director and his delegation arrived at the Tanaff Post on Wednesday afternoon. They were greeted by the Mayor of Tanaff, Mr. Ibrahima Gomis, the Head of the Kolda Subdivision, Commander Georges Sylva, representatives of other SDFs, the Post’s officers.
Speaking, the Mayor of Tanaff welcome the general director and expressed all populations’ gratitude as the climate of peace and security favored by the dissuasive presence of the SDF. Ibrahima Gomis also magnified the harmonious cohabitation between local citizens and Customs’ officers. By the way he decided to provide Customs with additional land to support efforts for modernizing the Administration.
The second act of the Tanaff stage was devoted to the presentation of the Post, including achievements, strengths and constraints.
Addressing the Head of Post and his staff, the general director informed about the very imminent implementation of the Customs Administration Modernization Program (PROMAD). This program will considerably improve working conditions of customs officials, providing more means. The general director previously momentum set in motion by his Unit before leaving congratulated the Head of Post and his men for the good job.