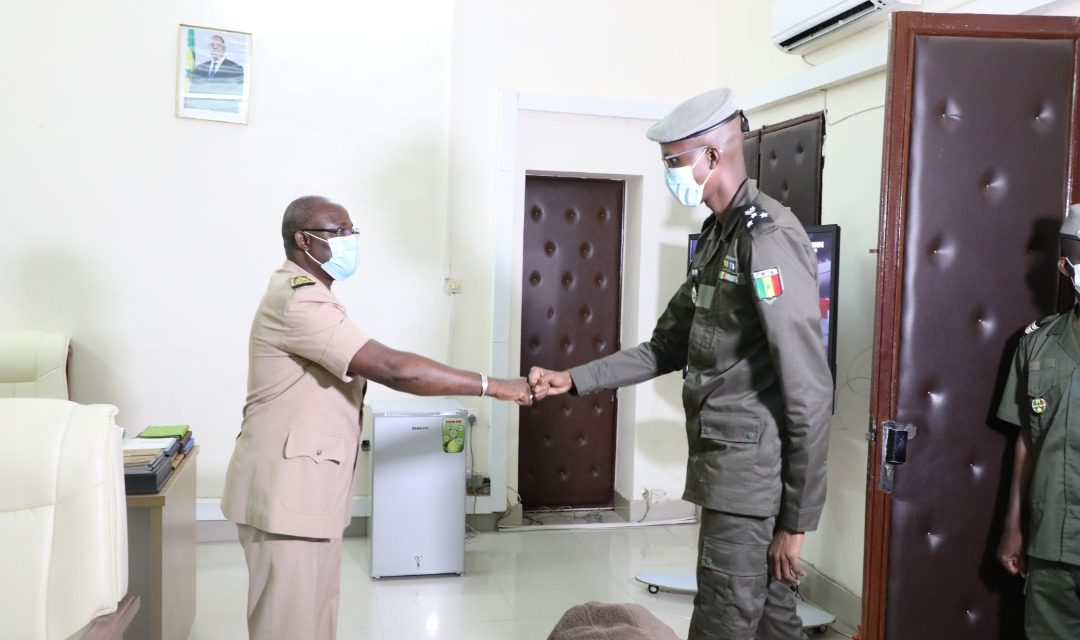 On Tuesday July 27th, 2021 at 11:50 am at Ziguinchor international airport he was greeted by the Southern Regional Director, Colonel Malang Diédhiou. The General Director then paid a courtesy visit to the Governor of Ziguinchor, Guedj Diouf.
The Head of the Regional Executive and the Customs’ General Director discussed on challenges of customs surveillance in the South. The Head of customs then thanked him for the support and interest given to the Customs’ action.
In the process, the Head of customs decided to pay a visit to religious authorities and by the way sensitized them about the importance of Customs’ missions. Thus, he was received respectively by Imam Ratib El Hadji Cheikh Tidiane Aidara and the representative of Bishop Abbot Nicolas Biagui, parish priest of Niaguis. He requested their prayers for the success of customs’ missions and their support to the southern customs’ units. 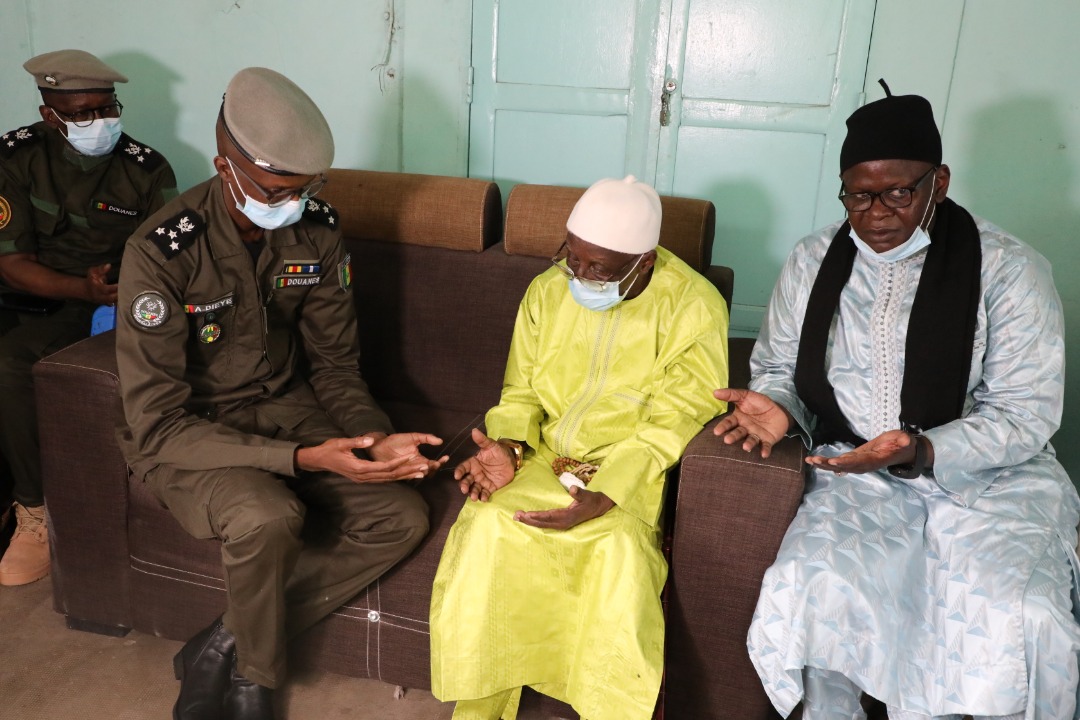