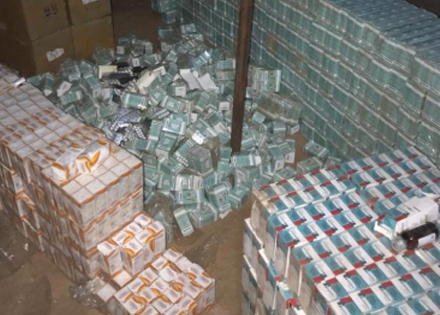 Customs was informed by the press that Urban Security officers operated a major seizure of drug stores’ products operated on Tuesday, April 13, 2021, in a house located at the Patte d’Oie district.

In the lights of several questions about the presence of such a stock of drug stores’ products in the center of Dakar, Customs’ Administration conducted inquiries to unveil the truth.

First of all, Customs’ officers deported to the scene observed that 90% of the goods consist of medical devices while the 10% is mainly composed of glucose solution. This refers to 585 boxes out of a total of 5993.

By deepening investigations they also revealed that the incriminated company, DAHAICO SARL, under the PPM code 131911, is well known to the customs’ services but also to the Directorate of Pharmacy and Medicines (DPM). And the latter delivered to this company several import authorizations for medical devices.

In addition, the verification of the said company commercial operations revealed that over the last three years, it imported medical devices and consumables under the cover of twenty-five (25) customs’ declarations.

One should note that in actual regulations, the medical equipment and devices importation is not generally subject to any prior authorization, unlike drugs. But in case of doubt, Customs always asks users to present a document delivered by the DPM. This will justify that the DPM is informed about the importation and that all subsequent checks can be carried out.

Only drugs’ importation is subject to the issuance of an authorization, by the Directorate of Pharmacy and Medicines.

In light of the above, Customs’ Administration would like to clarify:

– that the imports carried out by the company DAHAICO SARL, through the customs’ offices, relating to medical devices had been duly declared, (invoices, customs’ declarations, transport documents, exact address of the recipient) authorized by the DPM. No smuggling offense had been reported.

– Concerning glucose solutions, the importer did not produce a document attesting their regular importation. That is why investigations are underway to determine their origin and trace the circuit that brought them to the stock. Moreover, for these so-called solutions, 500 boxes were seized on March 24th, 2021 from the same importer and automatically deposited in the premises of the Dakar Port Nord Customs Office.

– A meeting was held this Friday, April 16th, 2021 between the Customs’ Service and the Order of Pharmacists of Senegal. This meeting aimed at ensuring a better supervision of drug store products and medical devices regular importation. A permanent framework for exchange between various stakeholders involved in the process will be set up in order to dispel any ambiguities on the procedures and the exact definition of drug stores products and other medical devices.