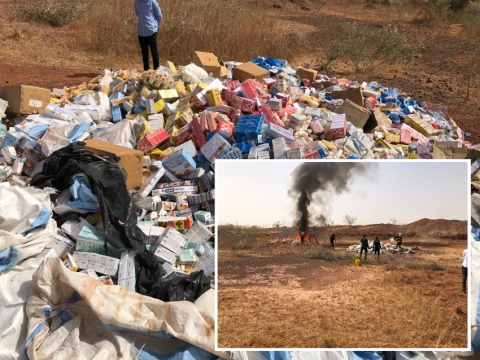 On Tuesday March 16th, 2021 at 10:30 am, the Kaffrine Customs’ Subdivision incinerated prohibited products, seized between January 2020 and early March 2021. A total of eight hundred and forty-one kilograms were destroyed (8.141t).  As follow it concerns:

The goods’ cumulative value is estimated thus to nearly half a billion CFA francs. The incineration ceremony took place in Kaffrine and chaired by the Deputy Governor of Kaffrine, in charge of Development, Mister Tiguida Wagué and in the presence of the Customs regional Director, Colonel Bourama Diémé. Many local authorities participated in the ceremony:

One can mention the Prefect of  Kaffrine Department, the Head of the District Court, heads of regional services, the Defense and Security Forces and the representative of the Order of Pharmacists to name but a few.

The destroyed products   came from the followings:

These seizures were operated thanks to the dedication and insight of the Kaffrine Subdivision Customs’ officers, headed by the Commander Bamba Sène. We can mention also the constant support of customs’ authorities, namely that of the Regional Director of the Center, who successfully implemented the national surveillance policy defined by the customs’ operation services and the General Direction.

The administrative, judicial and medical authorities of Kaffrine, as well as other Defense and Security Forces contributed significantly to the fight against smuggling that are harmful to the populations’ health and the national economy. Senegalese Customs call again population for a collaboration to effectively fight against scourges. 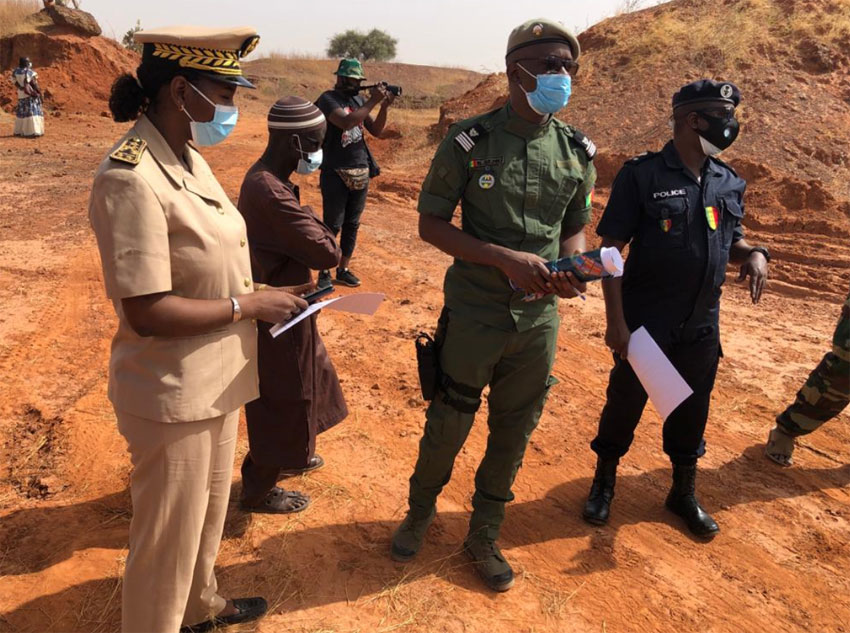 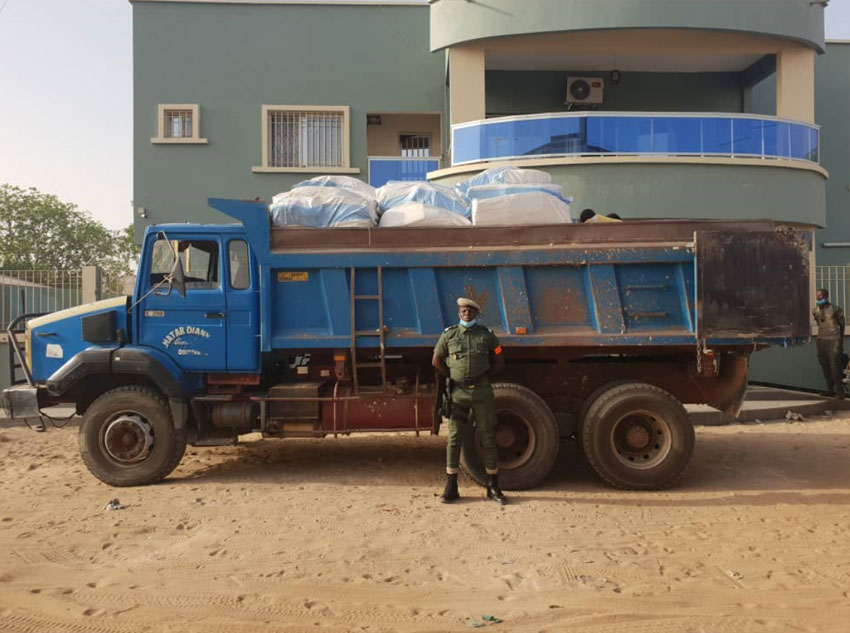 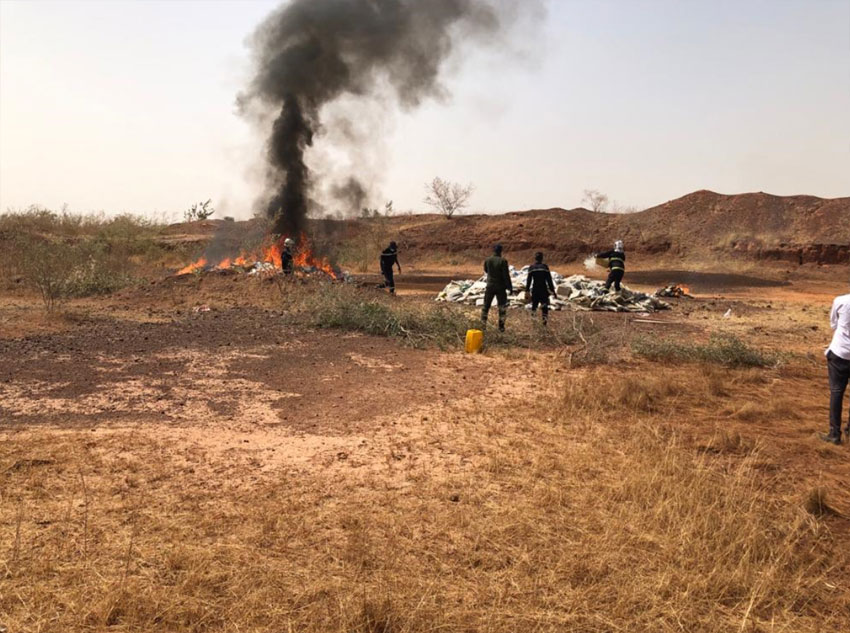 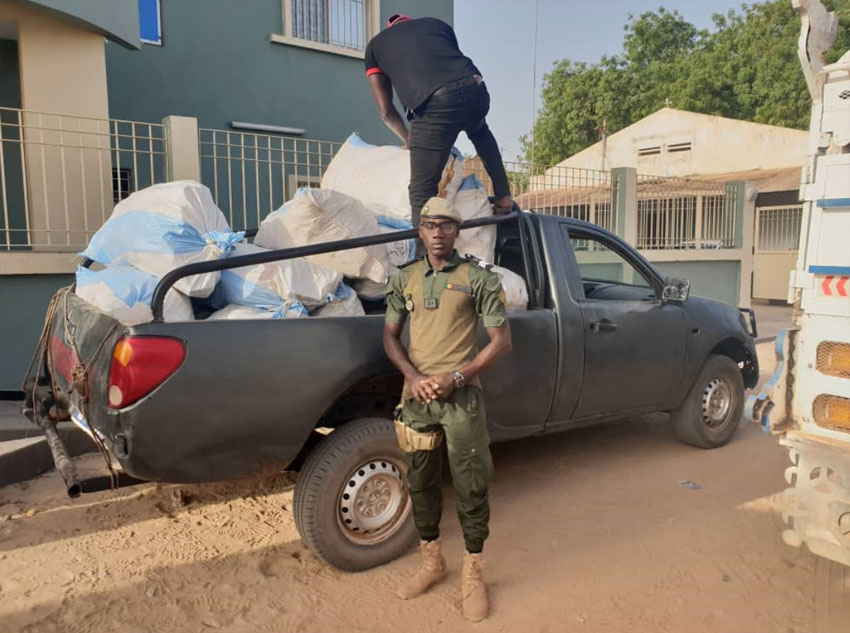 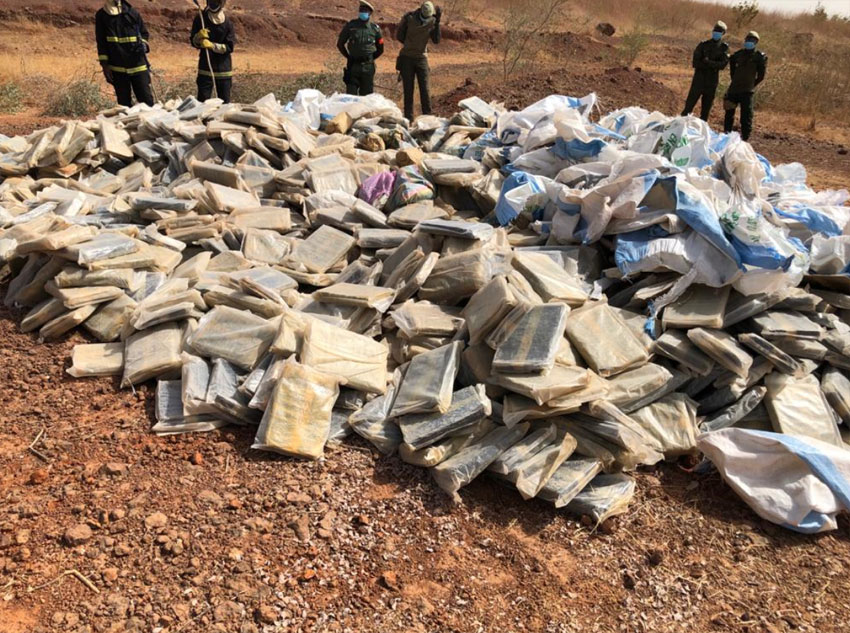 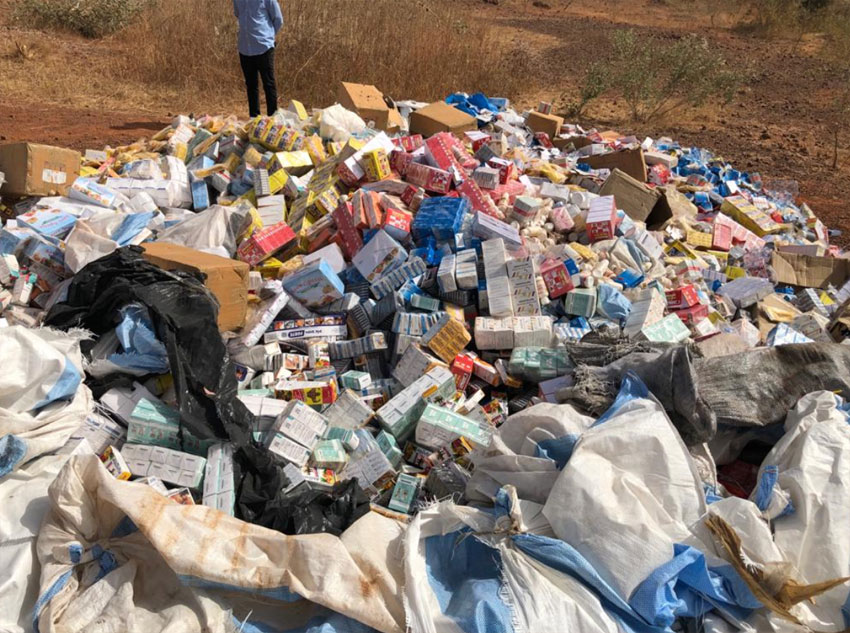