International Customs Day 2021 – CL HAMIDOU NDIAYE, REGIONAL DIRECTOR OF NORTHERN CUSTOMS: “The commitment of the agents made it possible to impart a performance dynamic to the action of the services” 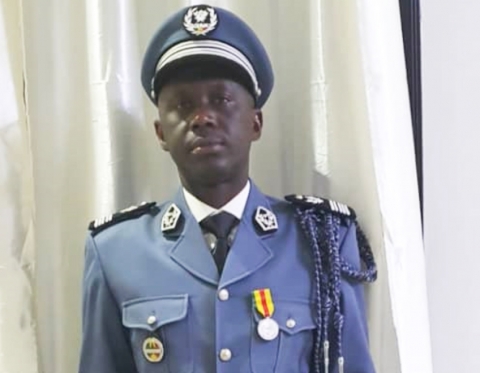 On Tuesday 26th January the International Customs’ Day was celebrated in the greatest sobriety. However, the Customs Regional Director of North, Colonel Hamidou Ndiaye, presented an overview of 2020 records. To align with the paradigm shifts, the World Customs Organization (WCO) invited its members, this 2021 edition, to adapt strategies dedicated to “Customs bolstering Recovery, Renewal and Resilience for a sustainable supply chain”.

In Senegal, strategies were implemented to overcome this crisis of the Covid-19 pandemic. “A strategy inspired by the Economic and Social Resilience Program (Pres), and the National Economy Recovery Program (Pren), is being implemented to ensure the sustainability of the supply chain” , indicated Colonel Hamidou Ndiaye.

“The North Regional Customs’ operational services excelled …” despite the Coronavirus pandemic, as results illustrated this. “During 2020, the North operational services brilliantly demonstrated significant results both in terms of revenue collection and the fight against fraud. In fact, duties and taxes liquidations rose to 5.6 billion while that of litigation revenue is 0.4 billion CFA francs, or overall revenue of 6 billion. Compared to the 2019 results estimated at 8 billion, a decrease of 2 billion in absolute value and 25.63% in relative value was noticed, “Said Colonel Ndiaye. According to him, many seizures were done in 2020, basically “Multiple unproductive seizures such as Narcotics (hemp, cannabis) worth 43,040,000 CFA francs. Likewise, medicines and veterinary products totaling 7,534,450 CFA francs were also seized.

That phenomenon rather than a scourge is replacing subsistence food fraud. Counterfeit cigarettes also figure among the prohibited goods seized for a value of 25,089,200 FCFA, for a total value of unproductive seizures estimated at 75,663,650 FCFA. Therefore, the tax on unproductive foreclosures was saved “, revealed our Mr NDIAYE. In the same vain, he indicated that this situation impacted on the national economy with serious consequences. «Given Senegal companies suffer from counterfeit products,” recalled Mr Ndiaye. According to him, these results were obtained within the crisis of the Coronavirus pandemic but also by a drastic reduction in human and logistical resources.

“Nevertheless the agents’ commitment allowed to overcome these difficulties and impart a performance dynamic to services,” said Hamidou Ndiaye. It should be noted that the border closure between Senegal and Mauritania, due to the Covid-19, the only functional office in the northern zone was that of Rosso. It generated more than 90% of the revenue of the Regional Customs Directorate which covers the administrative regions of Louga, Saint-Louis and Matam. This area refers to over 68,000 km2 representing more than a third of the national territory.

The Customs Regional Director of the North, Colonel Hamidou NDIAYE,

decorated with the Customs Medal of Honor.