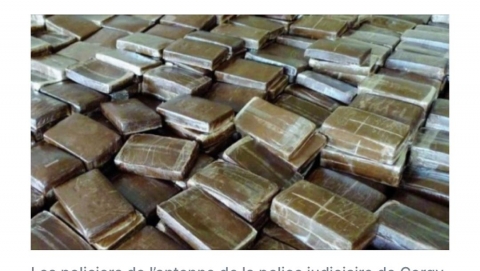 Increasing large seizures of Indian hemp arebeing operated on the Dakar-Bamako Corridor. Indeed, the Kidira Customs Commercial Brigade, Tambacounda Subdivision, just seized 1376 kg of Indian hemp and 5 kg of brown. On Monday, October 26th, 2020, around 12 noon, customs’ units stopped a truck registered in Mali and carrying an empty container to Dakar. The traffickers set up a hiding place where they concealed the drugs packaged in bullets and bundles. If we remind ourselves, this seizure followed other remarkable operations on the Dakar-Bamako Corridor. It concerned a seizure of 1076 kg in Koumpentoum and another of 2 tones 282 kg in Koungheul. In addition, 133 kg of Indian hemp were seized in the middle of last week during operations carried out by agents of the Maritime Brigade of Toubacouta (Subdivision of Fatick) and those of the Commercial Customs Brigade of Keur Ayip, respectively in the bolongs of Missirah and Santhie Diamal, in the customs region of the Center. Investigations are ongoing.