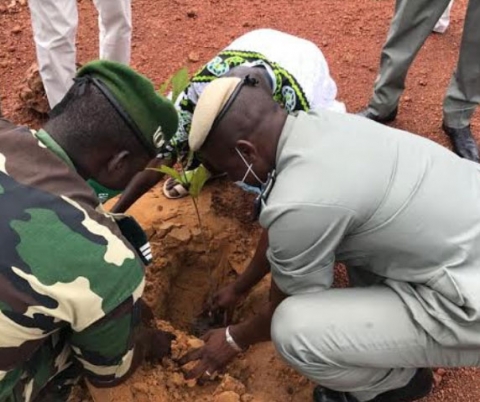 AIBD customs’ units, Forestry agents and approved Customs Brokers reforested the immediate surroundings of the Customs’ Office and Subdivision headquarters of Blaise Diagne de Diass International Airport in Dias.The activity took place on Monday, September 21st, 2020 in the presence of several members and officials of the said Corps and representatives of Forwarders.The activity related to CSR reflects the contribution of Customs to sustainable development, in different forms. Among others, it includes the fight against the trafficking and smuggling of products harmful to the environment and the defense of biodiversity through the application of several international conventions on one hand. On the other, the support for the fight against traffic in timber, research and repression of narcotics and counterfeit drugs. And beyond those missions, the development of decent working environments for agents and their respective Units occupies a central place.

This illustrated the relevancy of the reforestation operation initiated at the AIBD.