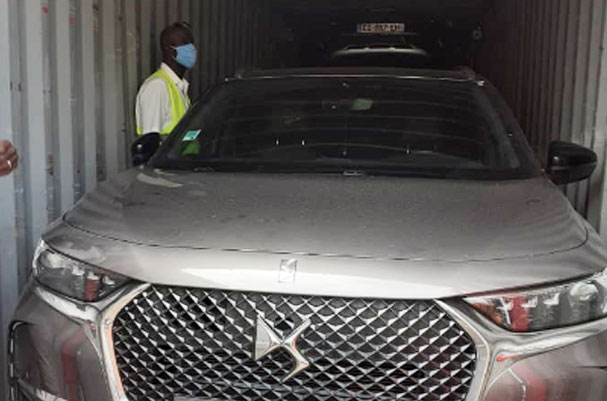 Within the operations of dismantling the international drug trafficking networks and corridors, vehicles and prohibited products, were seized, on Wednesday August 19th, 2020. This seizure of nine (9) vehicles hidden in 3 containers from European ports, resulted from inquiries and investigations carried out following the seizure of 12 vehicles operated in mid-July 2020, still at the port of Dakar.

Led by the Joint Container Control Unit (UMCC) under the supervision of the Customs Subdivision authority, the operation was carried out on the basis of intelligence, cross-checks and risk analysis. This is how three (03) containers from European ports and manifested as containing personal effects were identified and targeted.

Checks carried out by Interpol revealed that the vehicles had been declared stolen. The network of documents counterfeiters, including registration cards and fake Consumer Release Certificates linked to this affair, was put out of action.