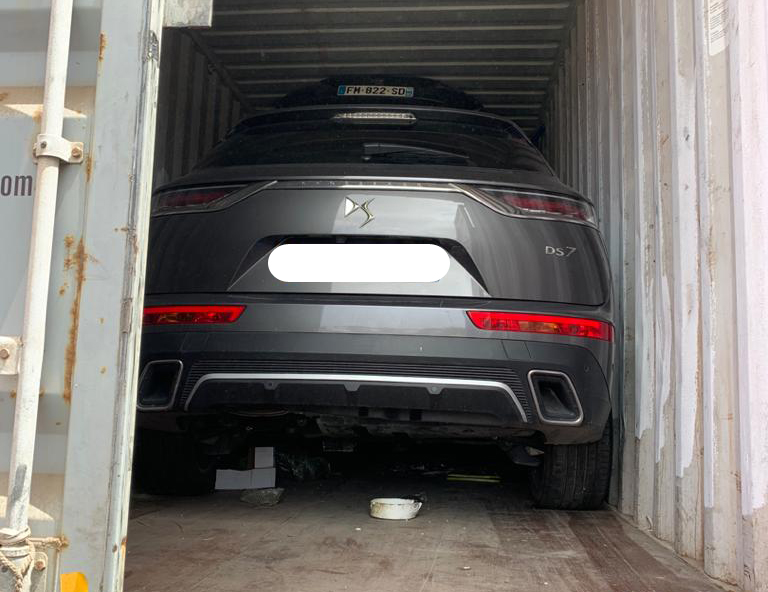 The Dakar Autonomous Port Customs Subdivision seized 12 vehicles supposed to transit to the sub-region. This resulted from a meticulous investigation which helped to isolate two containers in which six French brand vehicles (Citroën DS and Peugeot) had been discovered. The investigation carried out by the Joint Container Control Unit (UMCC), and the Centralization of Acquits-to-Caution Unit (CCAC), in collaboration with the Interpol Dakar Office, revealed that vehicles had been stolen in France. The recipient was immediately arrested.

The intelligence and monitoring work that followed this first seizure allowed to intercept other containers of vehicles allegedly stolen in France. In total, during this operation four containers of twelve stolen vehicles were seized.

At the same time, the Office of Criminal Investigations and Narcotic Drugs of the Directorate of Intelligence and Customs Investigations dismantled a network of false documents trafficking.

Analysis of the information found in the company’ computers, based in Dakar revealed that owners were engaged in manipulations consisting of scanning originals of the Certificates of Consumption (CMC), changing the dates and registration or chassis numbers.

With the investigators’ insight, the counterfeiters confessed, they had engaged in these practices for a fee. The aim was to allow CMC holders to fraudulently extend the deadline of the document before proceeding to the mutation of the vehicle. As for handling on grey cards, they allowed some freight forwarders to clear vehicles intended for transit to the sub-region. During this operation several individuals were arrested.