Record seizure: 1,076 kg of Indian hemp carried out by Customs at Koumpentoum 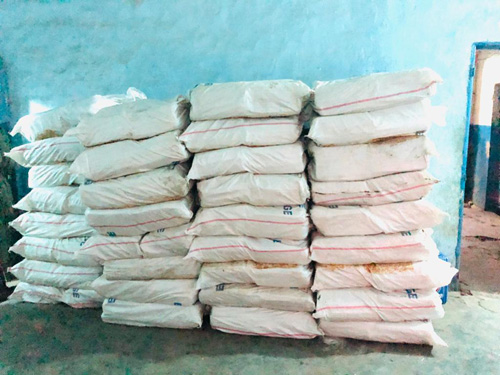 The Koumpentoum Mobile Customs’ Brigade (Tambacounda Subdivision in the Southeast department seized 1,076 kg of Indian hemp. On Wednesday July 01st 2020, at 2 p.m., the Customs control station in Koumpentoum operated to this record seizure. The drugs were   hidden in a Malian truck carrying ships.

During a routine check, customs’ officials suspected the truck’s floor to have been modified, and thus combed it. With an electric saw, they opened the floor and discovered several cellars in which traffickers placed “Yamba” plaques. Thus, 1076 kg of Indian hemp were seized for an estimated value of 86 080 000 CFA francs.
During the operation two foreigners were arrested.