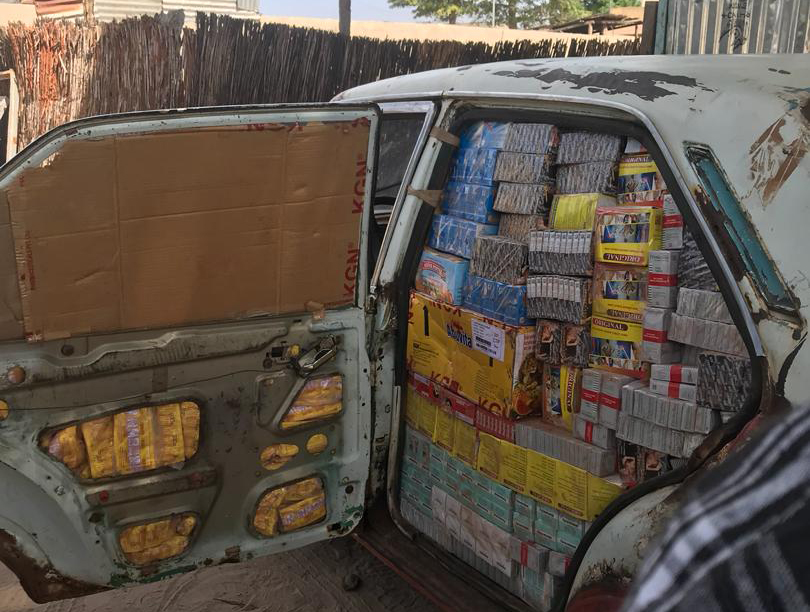 Counterfeit medicines worth 46 million CFA francs were seized on Wednesday by Karang Customs.
On Wednesday, December 04th, 2019 at 3 a.m., Customs’ officers operating in the Central region stopped a Peugeot 504 sedan stuffed with fake medicines. The vehicle had been chased from the border of the Karang Customs commercial brigade officers, to where it was stopped and immobilized by the customs’ agents.
The chase between customs’ officers and the sedan lasted more than three hours on the way leading to Kaffrine and later on the Kaffrine-Mbar road. Despite the harrows thrown by traffickers several times to damage the customs brigade vehicle, Lieutenant Ousmane Sène, head of the brigade and his men managed to stop the sedan between Boulel and Gniby in the Kaffrine region.

In the same period, the Kaolack Customs’ Subdivision, still in the Center region, had seized fake medicines worth 600 million CFA francs.
As an integral part of organized crime, fake medicines trafficking fuels and maintains a criminal economy, exposes populations to serious health and mental problems, causes financial struggle to drugstores, annihilates health service efforts and impact negatively public revenue.
All the reasons mentioned above justify the Senegal Customs’ Administration action, within the framework of its security mission, which is determined to combat organized crime in all its forms, by all its legal means and in perfect collaboration with other Forces of Defense and Security.