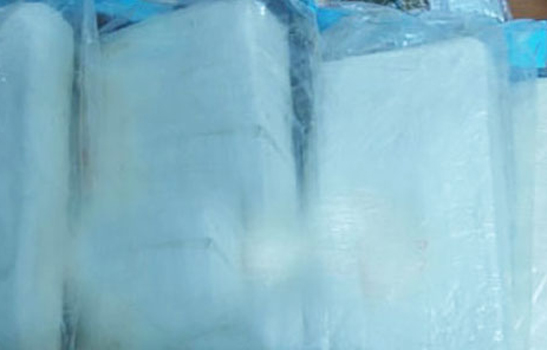 On Wednesday morning, Senegal Customs, seized four (04) kilograms of cocaine at the Dakar Autonomous Port (PAD) and three suspects were arrested. This happened more than a month after taking a record of more than a ton of cocaine, precised the APS.
“The drug, packaged in four (04) plates of one kilogram each, was discovered in Mole 1,” said the Customs public relations and communication office.
He explained that “Just after the seizure, Customs and the Central Office for the Suppression of the Illicit Traffic in Narcotic Drugs (OCRITIS), jointly set up an investigation mechanism”.
The two departments also “combed through the site to make sure no other quantity was hidden or hidden in the immediate vicinity of the discovery site.
Three suspects were arrested during this operation.
The Customs Public Relations Office stated that “investigations are running in perfect synergy with other relevant services.”
This new seizure of cocaine is in addition to the 1110 kilograms one operated between 26 and 30 June by Dakar port Customs.
The cocaine seized at the Dakar Port and another 72 kilograms of the same substance taken at Gouloumbou were incinerated on 27th July in the industrial zone of Kirène.
In terms of value, the Minister of Finance and Budget, Abdoulaye Daouda Diallo, evaluated this “record seizure” at some “250 billion CFA francs”, the two boats that conveyed the drug, and the new vehicles in which it was concealed and the drug itself estimated at 80,000 FCFA the gram.
In July 2007, a record cocaine seizure of 2.4 tons was operated in Mbour.
According to the UN Office on Drugs and Crime (UNODC) annual report, global cocaine production reached nearly 2,000 tons in 2017.