4 kilograms of Indian hemp seized by the Kaolack Customs’ brigade 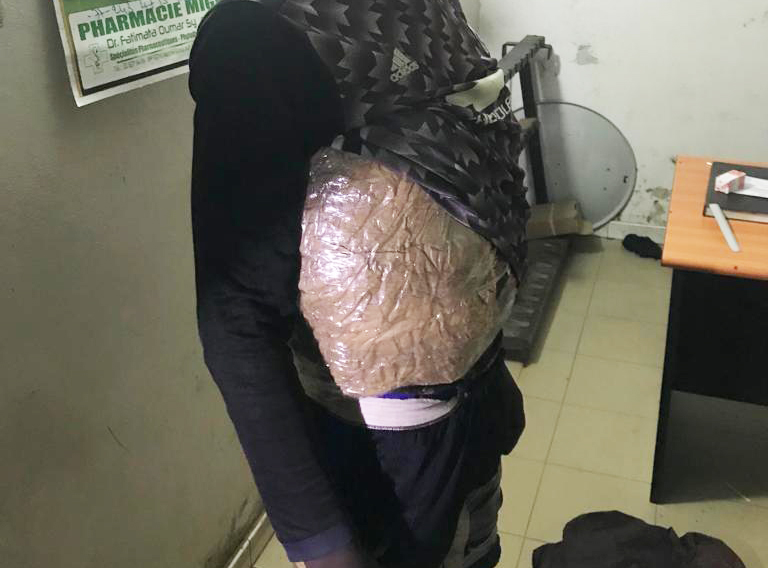 The Customs Brigade of the Serigne Bassirou Mbacké Bridge, accomplished a spectacular seizure of Indian hemp.
On August 15th, at 5:30 am, a discovery of what drug traffickers are really capable of was revealed in the Central zone, by the Brigade of Serigne Bassirou Mbacké Bridge.
The Head of the Brigade, Lieutenant Prosper DIATTA, and his men, guided by their intuition, got their attention caught by what can be seen as an ordinary passenger, at first sight. The man in his forties did not look serene and suggested a physical imbalance. The body search of the suspect is positive. In fact, the traveler had turned himself into a package of Indian hemp. He had threaded and taped all around his ribcage and his abdomen of Indian hemp platelets for a total weight of 4 kilograms. He is immediately apprehended by Customs’ officers.
Customs recognized the practice of mules, hiding places and all kinds of modus operandi. This case shows the perspicacity of drug traffickers. But the tenacity of customs’ officers and those stationed in the “Pont Serigne Bassirou Mbacké” had just demonstrated, once again, all the ingenuity of Senegal customs’ units.