Seizure in Kaolack-Kaffrine zone: Drug and fake drugs worth 240 million CFA discovered in a Peugeot 505 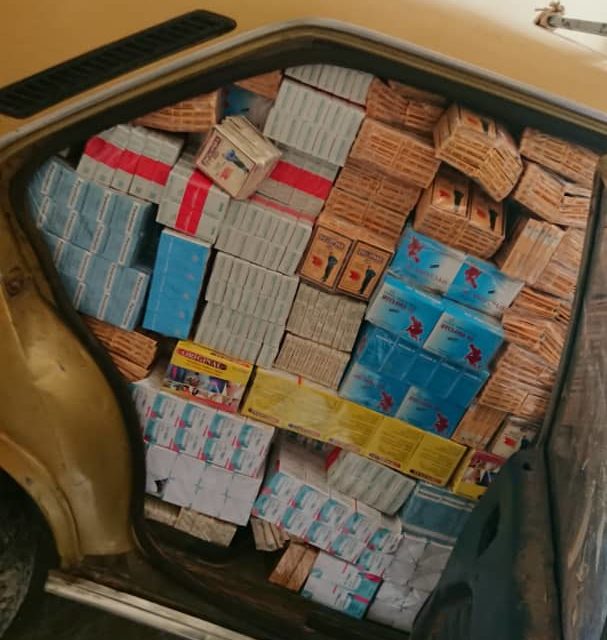 Dakar Port Customs’ Units sharpened their device for more surveillance and security of the international supply chain which allowed to scrutinize the Ship “Grand Nigeria”. This illustrates once again their commitment to fight against the trafficking of fake medicines, another form of cross-border crime, throughout the national customs territory.
In the Central Customs zone, the Kaolack Customs’ Subdivision agents stopped a vehicle branded Peugeot 505 sedan, stuffed with fake drugs and narcotics, on the night of Saturday 29th June.
The seizure was made during an operation leaded by Mame Assane Cissé and Customs officers Mohamet Ndao and Mounirou Ndiaye. It took place between 11:00 PM and 4:00 AM in the Gniby and Guiguinéo radius in the north, and Kaffrine and Nganda in the south.