Speeding up the Local clearance process and real values’ implementation: the Customs’ Administration opened a sequence of meetings with main stakeholders 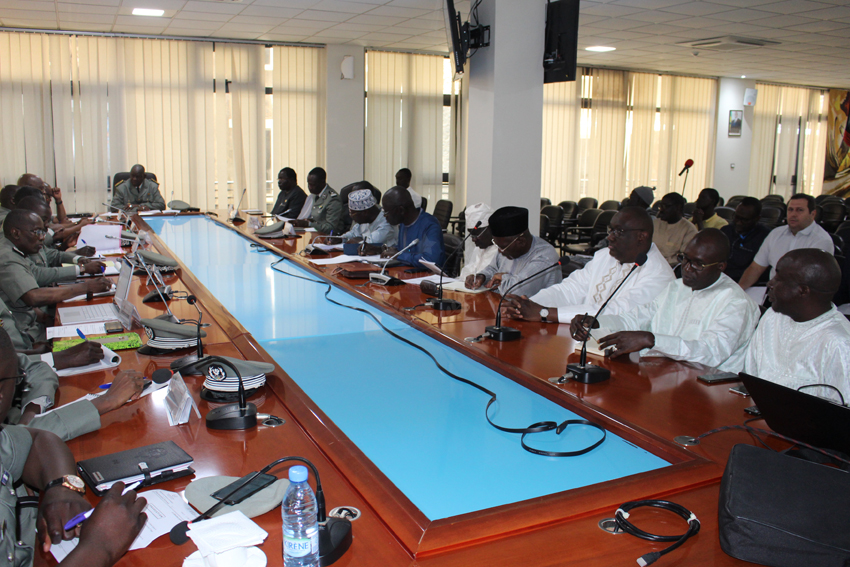 On Tuesday, May 28th 2019, the Customs’ General Directorate hosted a meeting on the real values’ implementation and Local clearance process.
The Customs’ Administration, employers’ organizations and the private sector, including approved customs forwarders, industrialists, attended this important meeting.
During discussions that followed the General Director’s presentations and his staff, partners unanimously welcomed and congratulated the Customs for taken measures, while stressing that it was an old complaint to be satisfied.

Subsequently, implementation-related questions were raised, focusing on the environment, including other actors such as banks, the Treasury and the Phytosanitary control services, among others. Addressing the point about correction values, participants agreed on its legal and imperative nature. On this occasion, Industrialists too, namely those of iron, welcomed the recent measure regulating the customs value of imported iron.
The Coordinator of the DGD, Colonel Moctar Kettani Doucouré, enriched the debate by providing several clarifications and updates on the foundations of the real values, while inviting partners to comply with measures that consider the facilitation, mutual understanding and win-win partnership between Customs and its users.
Closing the meeting, Customs General Director thanked and congratulated stakeholders for their interest in the partnership that binds them. Oumar Diallo assured Customs’ Administration is paying attention to their concerns to solve all problems that would arise during measures’ implementation phase.