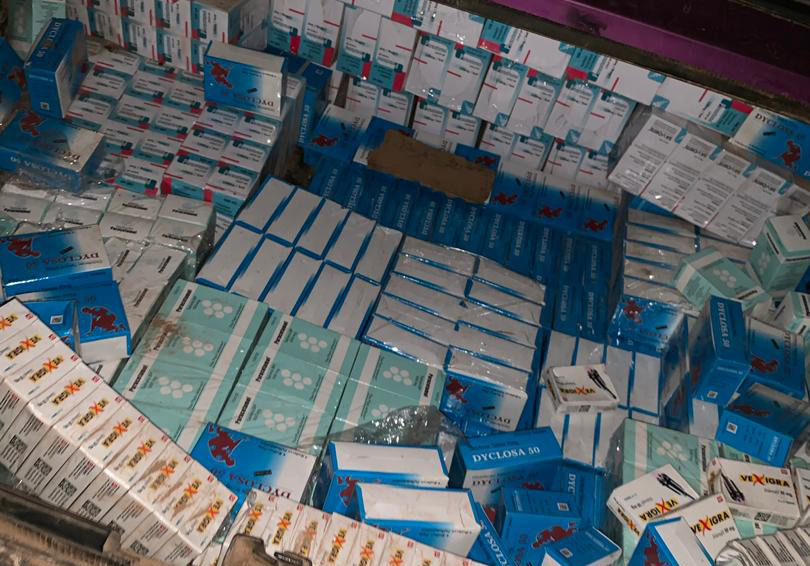 A sedan vehicle filled with fake drugs seized at the Gambian border (Keur Mbouki). It was carried out by the BP2 agents led by Lt Sangharé who exploited the intelligence for days before leaving for a mission. They used the mobile harrow to burst the 4 vehicle tires. The occupants fled. The vehicle was currently routed to thiès for full inspection. Drugs have been evaluated in terms of nature and quantities
With the same logic of fighting against all forms of crime, the GPR Thies arrested on Friday a much sought after gang, wanted by the national police and Interpol and who was handed over to the DIC. 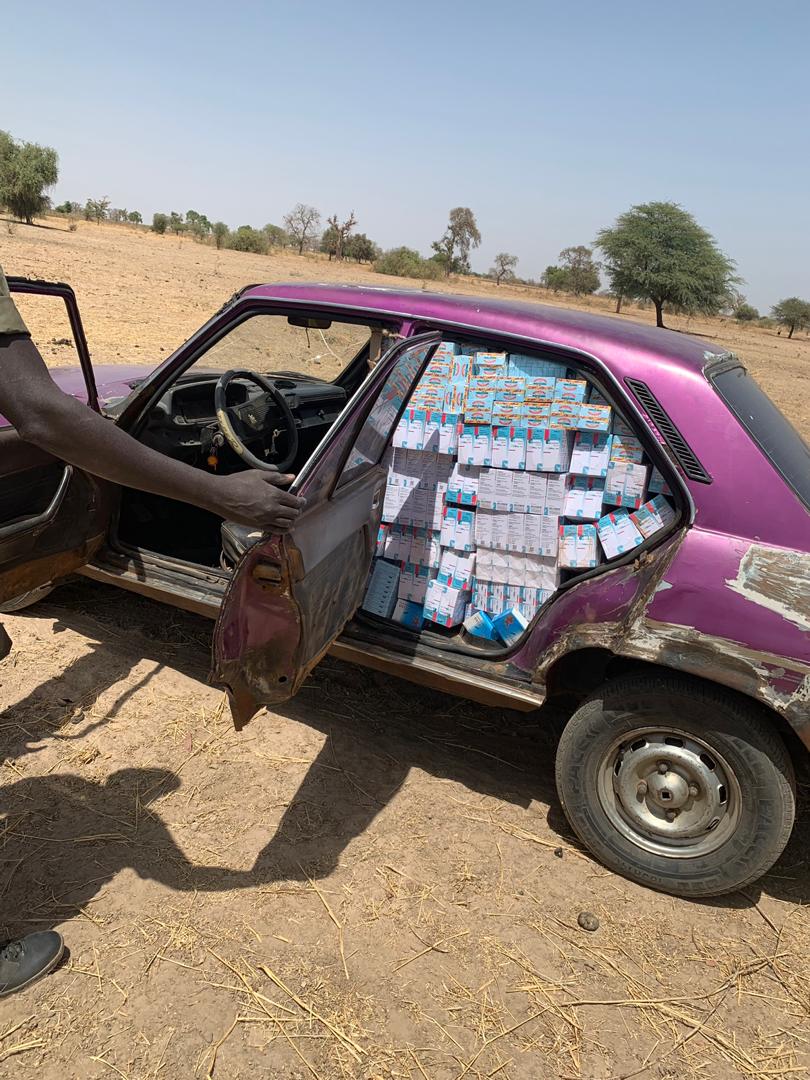 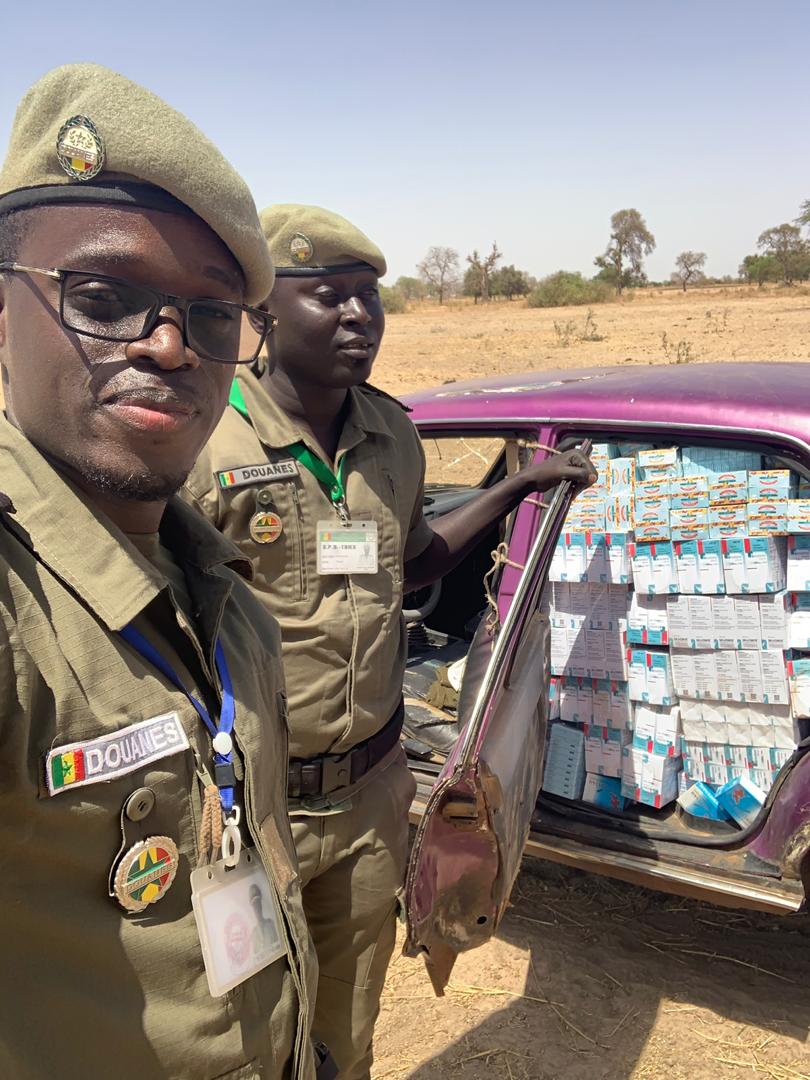