Explanatory note of the partnership between the national private sector and Senegal Customs: the case of the CSS 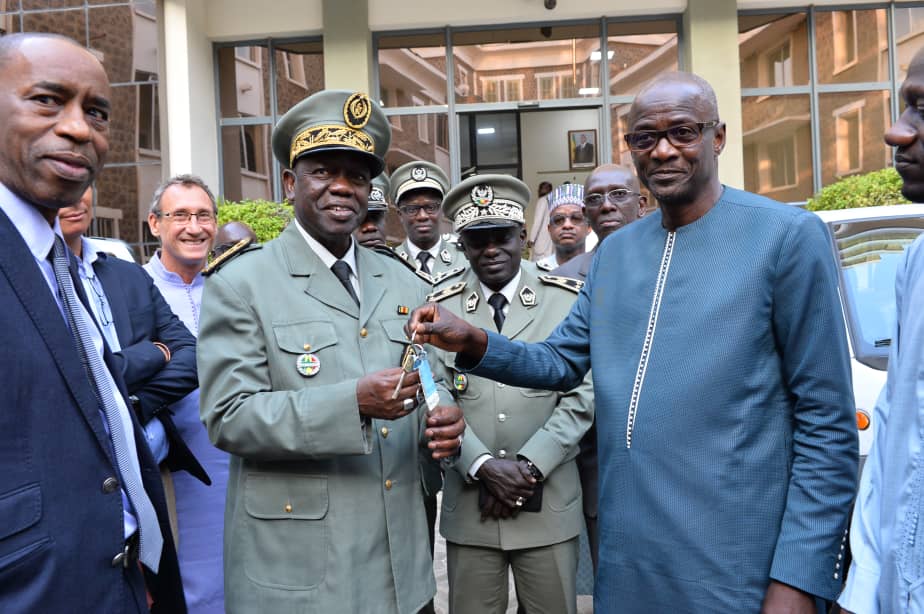 On April 26th, 2019, the Customs’ Administration received four Pick-up vehicles given by the “Compagnie Sucrière Sénégalaise”, intended to strengthen the logistical resources of these operational units for the success of its missions.
These logistical means obviously contribute to build more capacity for the customs’ administration its efficient fight against fraud, which negatively impacts on the competitiveness of local businesses. They will make it possible to consolidate the surveillance mechanism for customs’ units by contributing to the modernization of customs’ services.

This noble deed illustrates the excellent relations that bind the Senegal Customs to the CSS, built on trust and permanent exchanges. As a Privileged partner of the Customs, the CSS marked the precious collaboration between the Customs’ Administration and the private sector with this outpouring of generosity,
Indeed, as part of the facilitation mission, the Directorate of Facilitation and Partnership with Companies (DFPE) provides many facilities to Senegalese companies: thirty seven companies (37) have been granted the “Preferred Partner” status, hundreds of organizations benefited from Temporary Admissions and Memorandums of Understanding. These measures help to boost the development of companies with immediate impact, optimizing customs’ revenue, creating wealth, jobs, and reducing poverty. Finally, this will impact on the economic and social development of the populations and the success of public policies.

Regarding the fight against fraud, Customs have considerably reduced smuggling, therefore contributed enabling many national companies to stay safe from unfair competition. Sugar is very illustrative. For the year 2018 alone, the amount of fraudulent sugar seized by Customs is 665, 165 an estimated value at 312 million francs CFA against 372, 365 in 2017, or 293 tons more. Between the beginning of 2019 and the end of March, the Customs Units seized 183 tons of sugar. All these results are worth the Customs. The CSS action testifies its satisfaction by bringing that logistical support.
Within the framework of fighting against drug trafficking and cross-border crime, recent drug seizures shows the reinforcement of surveillance on the territory and the Customs’ determination to play its full part in securing people and property as well as peace and stability in the sub-region.
Despite these results, achieved by tireless agents, Senegal Customs, under the leadership of the General Director, the State Inspector, Oumar DIALLO, keeps on working to strengthen surveillance by rethinking its strategies each day. This highlights our SMART Customs credo, better control for more speediness, reliability and customs revenue security.
The concept of “Customs of proximity” finds its relevancy in the same vein. Therefore new operational services have been created, GAINDE platform has been implemented gradually in all Units for a customs clearance service closer to users and populations.