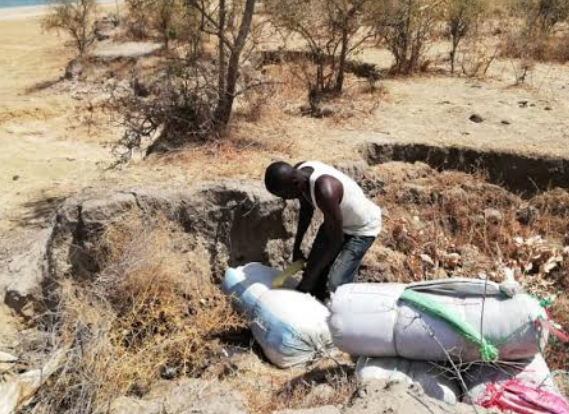 The Kaolack Mobile Brigade discovered 5 bags of 50kg of hemp each on the banks of the river arm near Latmingué, Kaolack Department. The seizure estimated at 20 million CFA francs impacts negatively on the population’s health. The traffickers had dumped illicit goods to embark it at night. They planned to use a canoe and cross the river to escape from the Kaolack customs’ service. In so doing, they hide their package, and identify an austere place beside a corpse of beef. But that’s without counting the ingenuity of customs intelligence. The drug is recovered and sent to Kaolack. This decision follows others as spectacular as they are insane.

In addition, as a prelude to the 4th of April, the Customs Subdivision of Kaolack proceeds, on Monday, April 1, 2019, to the incineration of nearly 3 tons of Indian hemp in the presence of the civil and military authorities of the region. Kaolack headed by the governor of the region, Al Hassan Sall.