Dematerialization of Exemption Titles: the inclusive approach at the heart of the process 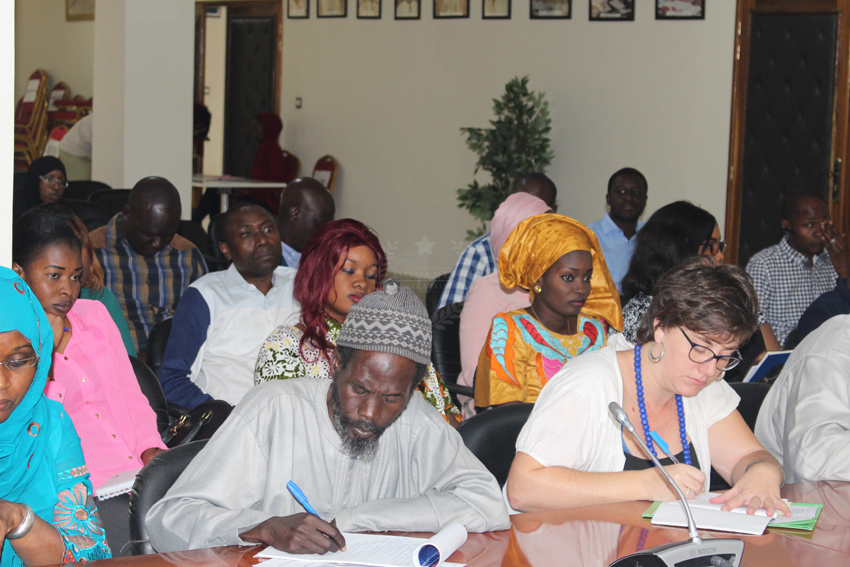 On Tuesday, March 20 2019, Customs Administration organized a sharing and awareness-raising meeting on the dematerialization of the Exemption Titles relating to NGOs and Diplomatic franchises at the Customs’ General Directorate. This meeting was chaired by the Director of Facilitation and Partnership with Companies, ColonelPapa Thialaw FALL. Many representatives of the diplomatic corps and NGOs attended to this meeting. The Assistants Director of the Facilitation and Partnership
with Companies Djigdiam DIOP and the Director of Customs Information Systems Abdoulaye Basse and their collaborators participated too.

In his welcoming speech, the Director of Facilitation and Partnership with Companies, on behalf of the Customs General Director, clarified that the meeting reflects again the spirit of partnership between Customs, public administrations and the private sector.

It was followed then by a presentation on the advantages of the Exemption Titles dematerialization, basically the saving of time that it provides, the celerity, the security of the process, in short the customs clearance procedures facilitation. Mr. Amadou Lamine HANE, expert at the IT Department, presented main objectives of the GRED, its effectiveness in the treatment of the Exemption Titles, stakeholders, the inventory, perspectives and finally the dematerialized process, in practice.

The partners welcomed this participatory approach and congratulated the Customs’ Administration for the efforts made for procedures simplifications.

For a better understanding of the practical phase, Lieutenant Mamadou Diatta of the Bureau of Informatics and Production presented the process highlighting issues such as security, signature, and legal basis and enrollment conditions.

During discussions users commented on the electronic signature, the regulatory basis, the documents to provide for enrollment, roles and responsibilities of different users etc. That is why the Director of Facilitation and Entrepreneurship along with the Companies strongly recommended that a notice to users be written to inform them about enrollment.

Closing the meeting, the chairman, Papa Thialaw Fall, assured and promised to partners that the implementation  of the GRED (Management of Customs Economic Regimes) will be done gradually while considering  all users’ concerns .