Challenges to address to have SMART borders 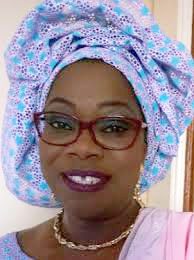 In order to reach a smart border management,Customs must address several challenges, explains Oumou Ndiaye, General Director of Modelsis, a company which has been collaborating with the customs for 18 years. She was delivering a Keynote during the panel organized within the International Customs Day, on January 28th 2019.

The first one is connectivity. In fact, we need infrastructures (roads, airports, ports…), without which we cannot talk about smart borders to achieve seamless movement of people and goods la circulation. the digitization must also be consolidated through e-transit. « It’s an essential condition to accelerated the procedures, adds Mrs. Ndiaye. The other one is to partner with the private sector in order to reach an effective risk management all along the chain. She also recommends to standardize customs control methods, as well as human resources capacity building in order to gain cost. for example, harmonizing the geolocalization mechanism between Mali and Senegal will enable the pooling of the control system on both sides of the borders. the last requirements, she says, refers to the establishment of a single guaranty. Smart borders, also means rationalizing controls. Which is why coordinating Defense and Security Forces is important. The assets of a smart management of borders. This approach allows a good balance between seamless movements and security. Added to this, the reinforcement of the regional integration is also an asset.

In this perspective of a smart border management, The Customs Administration of Senegal has implemented several initiatives to simplify procedures.The single window reduces the time for releases, and the certificate of Origin reduces the bottlenecks ». « In the Future, it’s the application of the concept that will determine the risk and the required intervention », explains Awa Siga Guèye, inspector principal of the customs, underlining that the objective is to gain time. Initiatives are also developed for more celerity. The customs will put some scanners at the disembarking in order to handle the risk from the arrival, this as well as a laboratory to analysis chemicals. as many working area as the reform requires, which makes necessary the reform of the customs administration by reinforcing its human resources, its equipment and financial means.

From the operational aspects, Colonel Mbaye from the Customs considers the the National Security Strategy should integrate joint border management in its scheme. He recommends also the use of drone for surveillance, the generalization of non-intrusive control (control better, control less) and adjacent control unit.