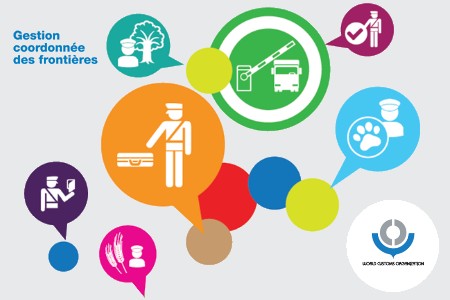 Smart borders imply a satisfaction of the private sector. This sector has asked to have enough power energy at the border. Which is a fundamental condition for SMART  because the mechanism of artificial intelligence requires somewhere to be plugged in.

Besides this, it is part of the 5 initiatives announced by the Customs general Director at the International Customs Day, to develop the performance measure in order to assess the impact of customs in benefiting the economy and the population. In that sense, the Customs administration has to be evaluated by the private sector, who, with precise indicators, identifies with the customs , straightforwardly the external factors impacting customs procedures in a negative way in order to understand their causes and bring the needed corrections. But for Djiby Ly, Director of the Institut Supérieur des Transports (Groupe Sup de Co), it is necessary to bring awareness to the actors of the economy on the notion of smart borders. « a better communication is needed on the subject, to remove the bad perception economic operators have of men in uniform, often defined by a repression role », he says.

Reacting to his preoccupation, the Customs general Director, Oumar Diallo, promised a better dialog. « No decision will be be taken without involving all the actors », he said, He mentioned again that the customs are here to satisfy the population. Moreover, Customs general Director promises to fight against corruption which is a priority in terms of fight. « If corruption occurs, Should the transporter give us the alert, we will not hesitate to take the right measures», he threatened. Oumar Diallo is committed to impose a zero tolerance policy. The customs Head also promises to fight against road policies and hassles, in agreement with other Forces of Defense and Security. « Control is a necessity, but it should be reduces to the strict minimum », he said, recalling pleasantly that « behind each person, there’s a merchandise and behind each merchandise there is a person  ». A way to say that the right balance is required between control and exchange flows.