5 initiatives for a «SMART» Senegalese Customs 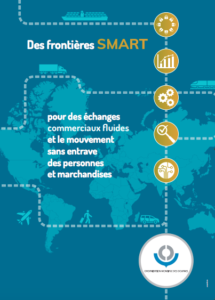 Two days after the international community, because of agenda conflicts, Senegal is celebrating, this January 28th, the International Customs Day under the theme : « SMART BORDERS for seamless Trade Travel and Transport». During his speech, the Customs general Director, Oumar Diallo, explains that the goal is to promote smart borders whose efficiency will be evaluated through performance indicators including the automation of customs procedures, risk management new technologies. in this framework, says M. Diallo, Senegal’s Customs has implemented 5 SMART initiatives. The first one, he tells us, concerns the securing of borders. it defines itself with « the decisive contribution » mobile scanners installed at the borders. « these non-intrusive monitoring methods ensure a better flow of Trade and at the same time emphasize on threat shipments detected by digital systems», says Oumar Diallo, outlining that the Customs enshrines itself in the dynamic restructuring of customs units with an ambitious programme of reorganizating and  furnishing with new technologies control. « We plan on acting more with celerity, profitability and reliability», confirms the Head of the Customs.

The second SMART initiative is linked with the measure of performances in order to evaluate the real impact of customs’ actions for the benefit of the economy and of the populations. Therefore, Customs must be evaluated by the private sector who, with precise indicators, « identifies with them, objectively, external negative things impacting customs procedures at the borders in order to defines their causes and bring the required correction ».

The third SMART initiative presented by the Director general of customs, is related to the automation of customs procedures. He tells us that the new version of GAINDE intégral, which is currently being deployed, offer more functionalities and represents the Customs headquarters choice for« a paperless clearance procedure». This automation will be generalised to all customs units of the country.

The 4th SMART initiative concerns risk management. It should enable the Administration to better define its control objectives with « methodology and efficiency » with the idea of  « Less control, better contrôle ». This way, new applications are being deployed or in their deployment track in order to optimize control targeting. Those applications are the TAME, the  Passavant software management, and the National File for Information (FNID), the e-transit application that enables surveillance units to better target controls and to gain more efficiency.

The 5th SMART  initiative presented by the general Director is related to the surveillance of the national territory. « We must be at the edge of technology to better monitor our customs territory », explains Oumar Diallo. Therefore, he announced  the unreleased shipments tracking system has been implemented in collaboration with COTECNA SA, whereas the use of cameras and drones and other electronic surveillance equipment « are strongly considered» by the headquarters in its strategic agenda  2018-2022. The challenge is to reach« resilient processes in a global context of coordinated borders’ management ». The customs general Director finally invites to the consolidation of customs and other Forces of Defense.