2018 World Cup: who is Malang Diedhiou, the Senegalese referee? 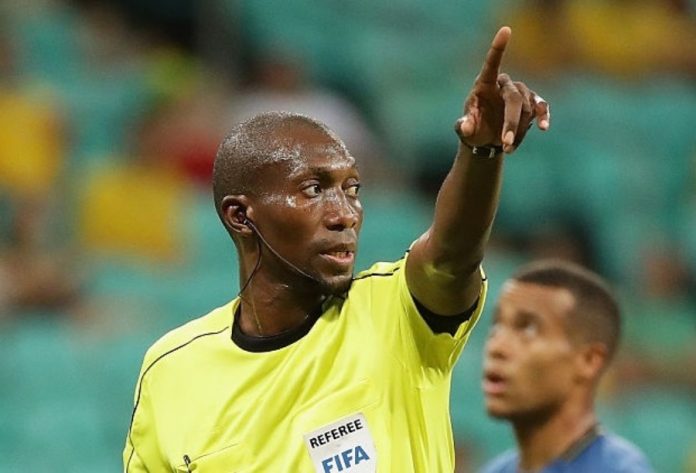 At the 2018 World Cup in Russia, the Senegalese Malang Diedhiou, who has already led three games, is one of the referees likely to be called for the semi-finals, the classification match or the final.

His being part of short-listed referees selected for the last eight World Cup matches is good news for Africa. On the continent, the level of arbitration is regularly questioned, but the performance of the Senegalese Malang Diédhiou at the 2018 World Cup shows that everything is not as negative as some people want to say. The 45-year-old originally from Casamance, born on 30th April, 1973 in Badiama, led three matches in Russia: Serbia-Costa Rica (1-0, June 17), Uruguay-Russia (3-0, June 25) in the first round, and the spectacular Belgium-Japan (3-2, July 2) in the round of 16. Diédhiou, who is not considered a cardboard freak, warned seven players and expelled a Russian.

For Lamine Kébé, the president of the Dakar Regional Committee of Arbitrators, this is not a surprise. “He’s a weighted game director, with whom dialogue is possible. He is relatively open. An international referee for the past ten years, Malang Diédhiou has turned quickly to arbitration. “Like all young Senegalese, he played football, but he turned to the referee function while still a high school student. He started with youth competitions at the regional leagues level. He continued his training and climbed the ladder, until refereeing matches for  the First League. “

Two CAN, the 2016 Olympics and the World Club Cup, today, Diédhiou is considered one of the best referees on the continent. Retained with his assistants Djibril Camara and Malick Samba by the FIFA for the World Cup (this is the first time an African trio from the same country is selected), the Senegalese has officiated in many international competitions. He was selected for CAN 2015 and 2017, CHAN 2014, 2018 and 2018, U-17 and U-23 CAN in 2015, and has led a score of Champions League matches. He was also selected for the 2016 Olympic Games in Rio and the FIFA Club World Cup in 2017, where he refereed two matches including the final for the third place between the Mexicans of Pachuca and the Emirati of Al -Jazira (4-1).

If the arbitration allows him to round off his end of the month, Malang Diédhiou is a customs inspector and occupies the position of chief of office for the Industrial Free zone of Dakar, with a rank equivalent to that of colonel. The government thus allows this father to arrange his schedule in order to reconcile his professional activity and arbitration. He became, after Youssou N’Diaye (1974 and 1978) and Falla N’Doye (2002), the third Senegalese referee to be selected for a World Cup.