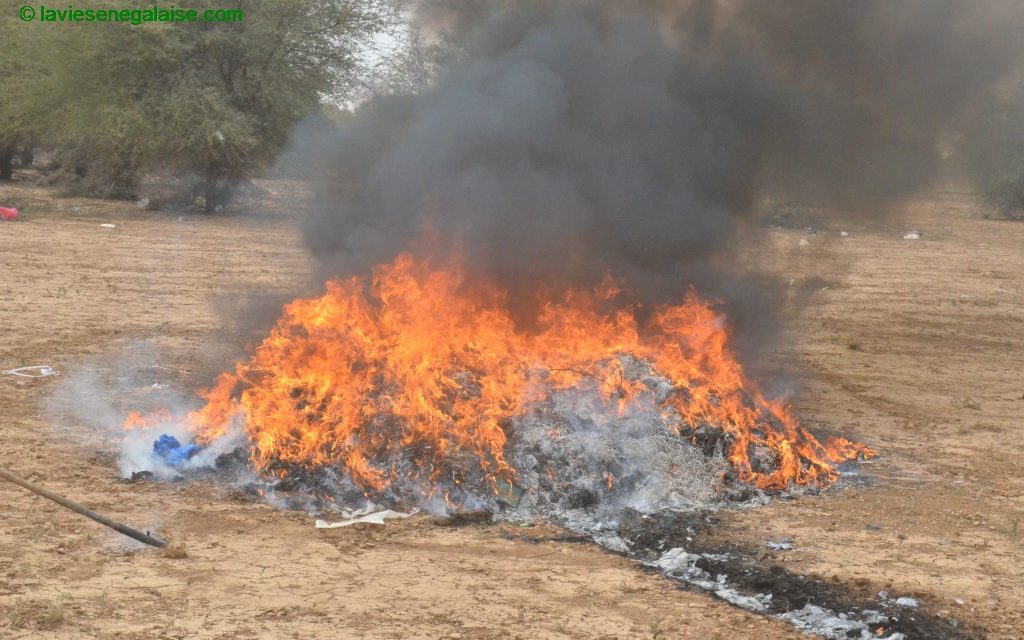 A batch of fake medicines estimated at 443 kilos; 5 tons of Indian hemp; 616,000 stalks of cigarettes; 22 kilos of “methamphetamine” (hard drug) for a value of two billion six hundred million francs: those products are fraudulent and unfit for human and animal consumption, and were valued four billion three hundred million francs, were reduced to smoke.

The incineration of these products seized by the police, the Customs, the gendarmerie, health services of the region of Kolda and Sédhiou, took place in the presence of the customs general director, who was performing a tour in the area.

Convinced that only a part of the products could be seized, Oumar Daillo, called all the security forces to vigilance in order to protect the consumption of the populations and save the national economy.