MALANG, a brilliant « JAMBAR » and an international Pride 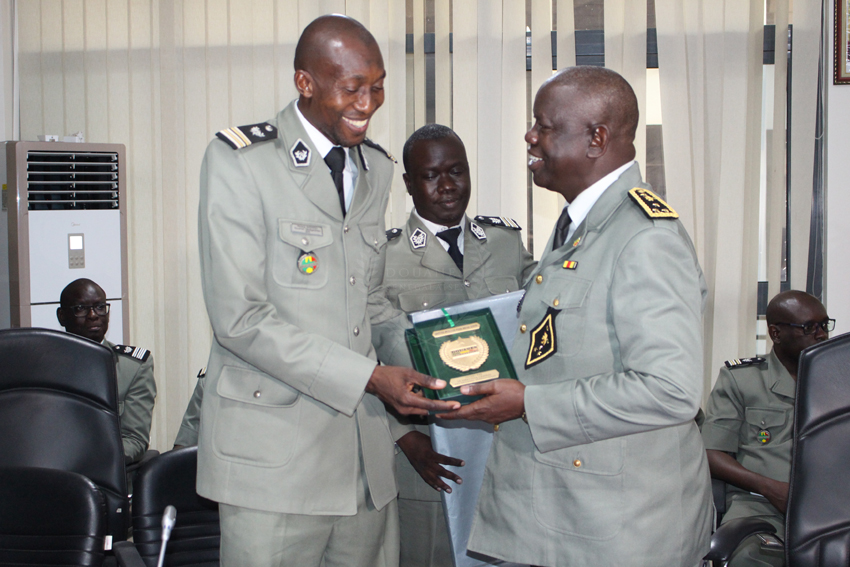 The Customs Administration, through its Sports Association, the Office of Socio-Cultural and Sports Affairs and the Office of Public Relations and Communication, organized a ceremony of “Sargal” on Monday, July 23rd 2018, at the Customs headquarters. The event was to celebrate the international Football referees MALANG DIEDHIOU, EL-HADJ MALICK SAMBA and DJIBRIL CAMARA as well as the physical coach MADEMBA MBACKE, who all brilliantly performed during the World Cup in RUSSIA this year.

The ceremony was chaired by the Customs General Director, also Statutory President of the Customs sports association. The moment brought together relatives and friends, customs authorities and the sport’s community, in a friendly atmosphere.

He also took this occasion to congratulate and honor their comrade Malang DIEDHIOU.

In the same vein, the representative of the National Football Referees Association of Senegal’s President (ANAFS) Amadou François GUEYE, praised this initiative to hold the event, and congratulated the trio of referees for their magnificent teamwork.

Thereafter, Malang DIEDHIOU addressed words of thankfulness and gratitude to his family, colleagues, and especially the guardianship that offered him this very opportunity to live his passion and carry it at an international level. He took the opportunity to announce the end of his career as an arbitrator in order to make room for the younger generation.

During his speech, the General Director, Oumar DIALLO, congratulated MALANG for having contributed to the radiance of the Customs and of his country.

One should know that Malang DIEDHIOU is the Chief of the DAKAR Free Industrial Zone Office. Also, the General Director did not fail to stress his commitment to serve the Customs Administration, because he succeeded in combining his professional duties with the efforts that raised him to the top of the Referee profession.

The General Director seized the opportunity to ask MALANG DIEDHIOU, as he retires, to work at training referees in order to transfer his know-how to the next generation

The Deputy President of the AS DOUANES, Ahmadou THIOYE, reminded the special care Customs took in sports activities because: “the practice of sport contributes to the radiance of the Administration. This is why the authority has put the means for it. Through AS DOUANES and its partners, we manage to support young people so that they excel in their passion, sport. ” he said.

As a reminder, these ambassadors of the country but also of the continent have previously distinguished themselves during the following championships: Senegal’s Cup, the League Cup, the Africa Cup of Nations, the U-20 World Cup and finally the Russia 2018 World Cup.

The ceremony warmly ended with a gift from the General Director to the trio of referees and a cocktail offered to the guests.