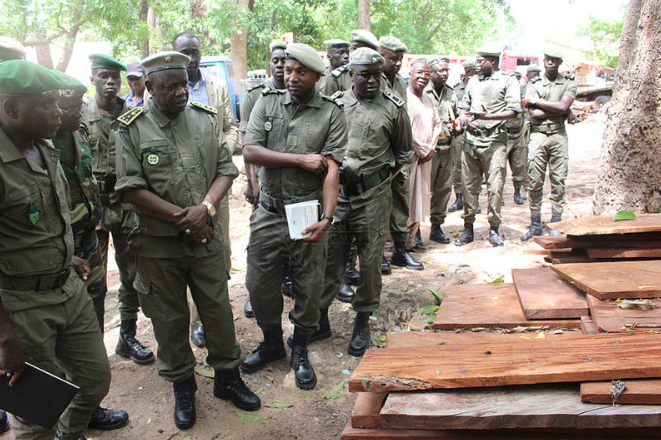 For this first visit of units outside Dakar, the Director General of Customs has chosen the Southern Regional Directorate (DRS) which covers the administrative regions of Ziguinchor, Kolda and Sedhiou.

Indeed, during the period from July 10th to 16th 2018, the Customs General Director, Oumar Diallo, and his delegation, paid a visit to the regional Office of the Southern Region (DRS), a strategic region for the territorial customs system.

The purpose of such a tour is to evaluate customs operations at the border areas of The Gambia, Guinea Bissau and the Republic of Guinea.

The first task was to inquire about the working conditions of the officers serving in these units, with a view to improving them.

As a result, there is a need to reinforce these units in equipment and to broaden the connection of the customs computer system.

From a strategic point of view, this visit enabled the customs authority to identify needs such as the need to set up electronic customs clearance structures to enable users to benefit from a modern local customs service.

In the security area, the visit also aims to strengthen cooperation between the defense and security forces, in this zone of instability and awareness.

The DGD has magnified the synergy of actions of the Defense and Security Forces in this zone of instability and has advocated effective cross-border cooperation. In this regard, the operationalization of the juxtaposed checkpoints in Boundou Fourdou is urgent. To this end, a meeting was held at the customs of Kalifourou between Senegalese and Guinean customs followed by a visit of the PCJ Boundou Fourdou, along with representatives of ECOWAS, UEMOA, AGEROUTE , and delegated project master.

The tour continued with a cremation ceremony in Kolda of illicit seizures such as Indian hemp, lot of drugs, amphetamine and products unfit for consumption, all worth more than four billion CFA.

The delegation also visited religious and customary chiefs to magnify the harmonious cohabitation between agents and populations of this area.