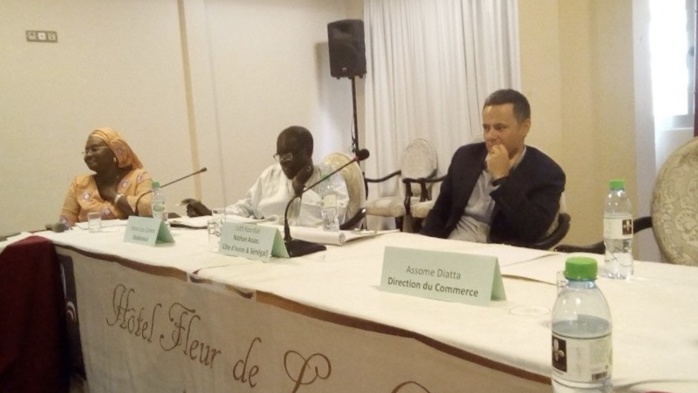 On Friday, April 27th, the US Agency for International Development (USAID) and   the Leadership in Public Financial Management II (LPFMII) project co-organized a training workshop intended to journalists. This workshop aimed at enhancing their knowledge on the World Trade Organization’s Trade Facilitation Agreement. A fruitful working session as it allowed them to be more imbued with this new concept on international trade. Thus, from 9:00 to 13:00, at least four presentations were been done.
The first one focused on generalities of Trade Facilitation Agreements. It reminded the assistance that this agreement was signed in December 2013 in Bali, Indonesia, at the 9th World Trade Organization Conference of Ministers. Simplifying business transactions across the international supply chain and reducing associated costs for importation and exportation constituted the main goal.
Following presentations, journalists were invited to get acquainted with the implementation of the said agreement. In this context, the implementation of the TFA mainly, based on guiding principles, was first recalled. And the most important principles are transparency with reference to Article 1, but also the predictability and changes in Senegal.
They noted that the TFA implementing process was ratified in September 2016 by Senegal, who implemented a national committee on trade facilitation.
Concerning the implementations of the agreement, improvements are noticeable. Besides the installation of the SCNFE (?), the trade platform information of Senegal (PIC), which was the second step, is almost operational. Journalists contributed to this platform which aims to facilitate exchanges through online access of all information relating to trade.
Finally, the presentation shed lights on the Approved Economic Operations as far as healthy relationships between Customs and all trade stakeholders are concerned. Nevertheless, before concluding, Articles 6.1, 6.2 and 6.3 have been revisited by the former Director of Customs Regulations.
Colonel Sow drew the public’s attention to some obstacles, mainly the high cost of taxes and harassment that could discourage some countries to collaborate with Dakar PAD in favor of others.
This, undoubtedly, would constitute a considerable loss of revenue which would impact on the economic growth of Senegal.