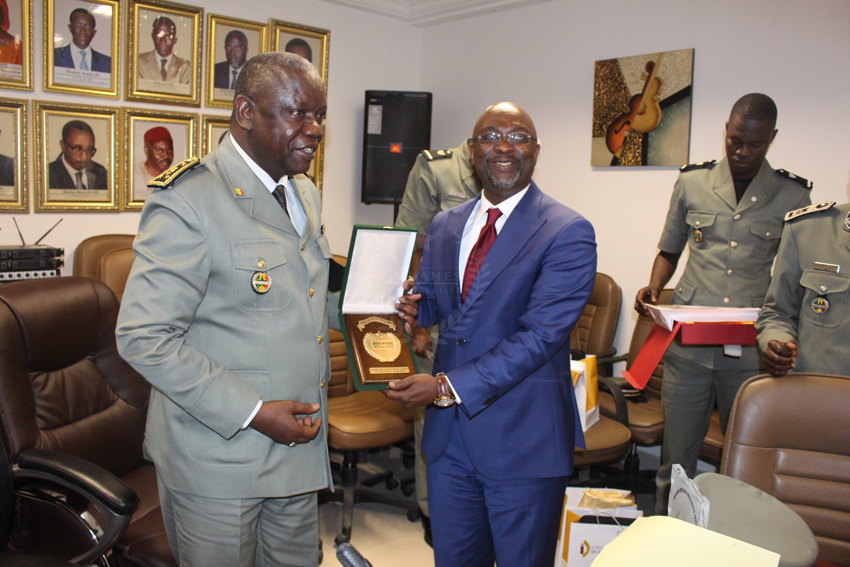 On Wednesday 2nd May 2018, the traditional Taxes and Customs meeting was held at the headquarters of the Taxes Department.
In doing so, main issues were raised under the chairmanship of the two DGs, Cheikh Ahmed Tidiane BA (DGID) and OUMAR DIALLO (DGD) in the presence of their respective Steering Committee.
It had been scheduled to discuss on new provisions of the General Tax Code.
These excise duties concern:
• Plastic bags;
• Fruit and vegetable juices;
• broadening of the passenger vehicles base;
• Fat foods;
• Non-alcoholic soft drinks;
• Tobacco products.
TANDAM data crossing platform, set up by Modelsis was then presented to financial administrations. Authorities discussed on this platform including the General Directorate of Budget, the National Agency for Statistics and Demography.
In a last point, the joint control brigade of CUSTOMS TAX (BMCID) for more pooling and performance was relaunched. On this occasion, a permanent framework for dialogue between these two sister administrations was set up.
Within the framework of collaboration and being aware of their role in our economy these two institutions know their contribution to the PES (?)achievements via tax collect for the benefit of the budget.
Papa Amadou Gamby DIOP
Head of Public Relations and Communications