Basketball – Coupe Saint-Michel AS Douane winner again over Us Ouakam! 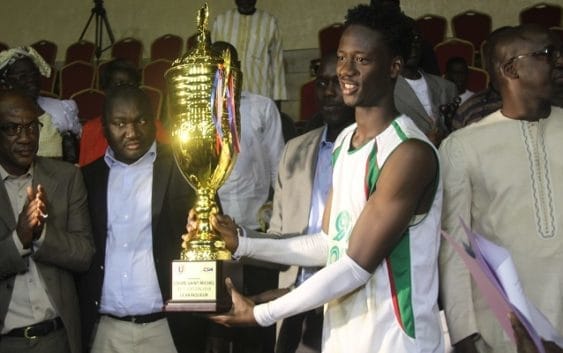 As Douane, champion of the 45th Saint-Michel is crowned over Us Ouakam 61-50, with an enthusiastic public at the Dakar Marius Ndiaye Stadium.
That afternoon, spectator was not wrong to attend this 45th Edition of the Saint Michel Cup which opposed the As Customs to Us Ouakam.
In a packed stadium, two teams fought for four quarter-timers under the beat of tom-toms of fans in both sides.
In the first period the Ouakamois dominated customs. They assured the two quarter-time 23-25.
When the locker room returns, customs woke up and took a revenge on opponent; third quarter-time 41-38 in favor of the triple champion of this cup, the As Customs (1993-2005-2007).
With the score of 61-50, the As Douane defeated the Us Ouakam on. A fourth for Customs!
wiwsport.com (Saikou Seydi Barhaama)