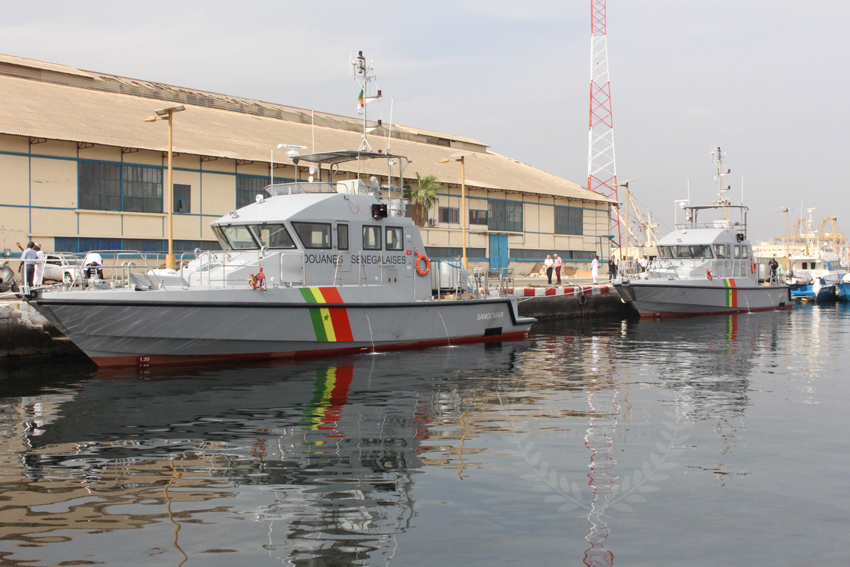 On Friday afternoon, November 17th 2017, Senegal Customs Administration patrol boats RPB 20, named “SANGOMAR” and “DJIFFERE”, docked at the naval base “Amiral Faye GASSAMA” in Dakar after their refit in France.

On this occasion, with the presence of the representatives of the French Navy and the service provider, the Customs Administration, represented by the Technical Advisor, the Head of the Bureau of the Office of Equipment and Maintenance, the team of the Public Relations Office and Communication, has received the two stars.

For the record, the Memorandum of Understanding between the Senegalese Customs Administration and the General Staff of the Armed Forces and its Addendum focuses on the operation of DGD maritime surveillance patrol boats and the training of its agents and defines the framework of cooperation between the two institutions.
After a decade of operation, the stars were sent to France, for fairing purposes, that is to say a large-scale maintenance. These renovations were conducted by the RAIDCO MARINE Company in its Quimper and Lorient shipyards during the last eleven months.

This refit was to renew their entire operational capabilities and would therefore undoubtedly contribute to the reinforcement of customs maritime surveillance on the one hand. This refurbishment would also reinforce the action of the State at sea through the implementation of the National Plan for Emergency Response at Sea (PNIUM).

Also, Customs and the Navy are joining constantly their efforts in mission of safety and security of waters that are under Senegalese jurisdiction.